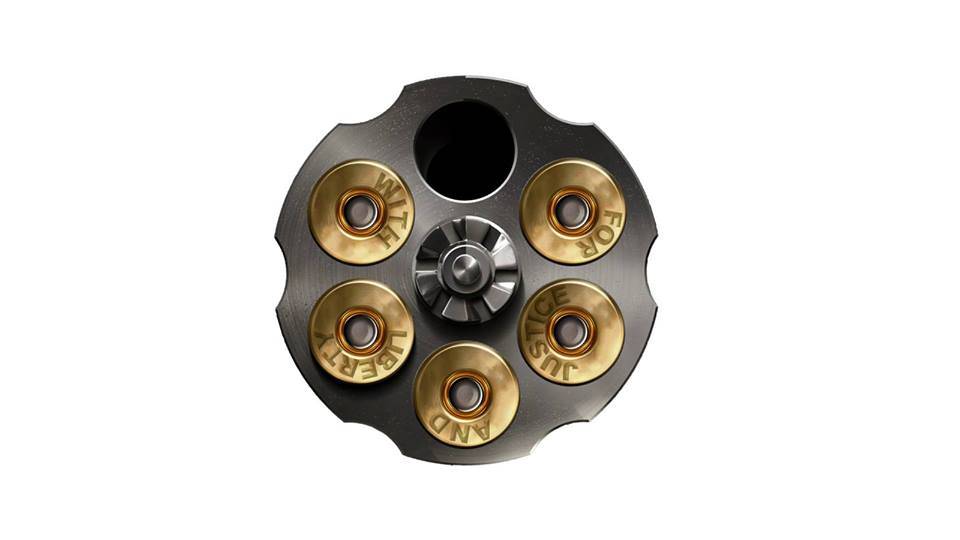 For those who are already familiar with the musical, this may seem like an obvious statement, but for those who don’t know much about it, if anything, here’s what you need to know: Assassins is not your typical musical.

As a cast of characters, it features famous (and not so famous) people who assassinated the President of the United States, or tried to: John Wilkes Booth, Lee Harvey Oswald, Leon Czolgosz, Charles Guiteau, Samuel Byck, and the list goes on. And as a basic premise, it hinges on this idea of what if we got all the assassins from history together in a room? Naturally, that inspires some more challenging notions than you might expect from a broadway musical—questions of what it means to be American and what the presidency means both before and after an assassination attempt.

Last week, I had the chance to attend rehearsal and sit down with the entire cast of Illinois Theatre’s upcoming production, as well as director J.W. Morrissette, Music Director Justin Brauer, and most of the production team. It was a fun room to be in, full of many lively people, and sitting in a giant circle, someone jokingly called it “Assassins Anonymous.” And quite honestly, the majority of our conversation centered around the simple question of “What is this play about?” The cast had some lovely insights and I’ve picked out some of my favorite moments.

Jordan Coughtry (John Wilkes Booth): The nugget of it is  “What if we got all the assassins and got them all together and put them in a room or in a bar?” And it was a “What if?” The play explores that and the effect of that. What we discover is that by putting them together, that even if they’re so diverse, they have one thing that unites them. You discover the power of that one thing that ignites them. It’s a stigma. It’s a blot. On them. This one moment, this one act, this one choice, is a stain. That we have put on them. But not for them. Because, for them, they have any number of reasons for having done it. They don’t get a lot of time to “remember” having done it. But this play asks, in some ways, how do they feel about it now? Why did they do it? What might it have been like? It explores it, in abstract way. How are they the heroes of their own story? As a nation, we’ve said that it’s bad. It’s bad. It’s wrong. They are deranged. They are crazy. The musical abstractly extrapolates their story and make us identify with them. What part of them can we identify with? Would we have made that same choice? We say, no of course not. But what do we understand about why they did it? It doesn’t try to remove stain, but it presents it abstractly enough and in a palatable enough way to look at it, and to approach some sort of objectivity. What is the real difference between us and them? Except for that one thing, how different are we? We experience a lot of the same frustrations and joys.

Allie Wessel (Lynette “Squeaky” Fromme):  I don’t think it set out to do it, but I think it humanizes the assassins. I really think Another National Anthem is the backbone of the show. And a national anthem unites people, and we see these people have that with their own anthem.

Vince Williams (Proprietor): What really brings this show to the audience is the time that we’re doing it. There’s a social awakening or revolution or whatever you want to call it happening now. This sense and feeling of being disenfranchised. Of not having a word or a say. Someone watching this and seeing these characters, who are following their own pursuit and going against the american dream of “pulling yourself up by the bootstraps.” It’s fleshing out the barriers that are already set in this american culture.

Coughtry: It’s also about guns. And I remember reading a book of first hand accounts of the Texas massacre–the guy who picked people off from a clock tower? It was the first mass shooting of that kind in the country. And one thing that united all the accounts was that it was “impossible.” Now, it happens every other month, and we’re desensitized to it a lot. But then, it was stunning and shocking. I play [John Wilkes] Booth; I’m the first time it’s ever happened. The first time the president had been killed. And it wasn’t just that it was a beloved president, which was kind of arguable at the time, it’s just that it had never happened before. It was an impossible thing to do. The stunning show of it. The play begins with that, then goes out of chronological order, and then the final assassination shown is JFK, but it’s a different level of something impossible happening.

Katelin Dirr (Ensemble): It’s the story of the assassins, but it’s also asking us what the president symbolizes. What makes a president worth remembering?

Wessel: That reminds me a line in the show that “as a president, he isn’t worth a lot.” Is it still as big of a deal when it’s a president people didn’t like? And in some ways, an assassination changes the idea of the president and who they were before vs after the assassination. Or even the attempt.

Ethan Perry (Leon Czolgosz): When I read or listen to it, the play boils down to being a story about oppression and neglect, and people being dehumanized. It humanizes them and puts their humanity back in them. It asks us, if we were in their circumstances, would we do it? And it’s possible we would. It’s in the range of possibility for any human to do anything.

Williams: Something that’s interesting is about the current political climate. In the show, we’ve not made any reference to the current resident of the white house. But, despite the fact that we are not calling any specific actions that he’s done, the show gets to this idea of what does it mean to have the presidency? What does it look like when we talk about the idea and symbol of the President of the United States? Is that what represents the true values of America? Or is it the people who are being dehumanized? The people who are being squashed. Not the people on top, but the crust underneath.

J.W. Morrissette (Director): Here’s the real difference: the presidency exists through 2018, the show ceases in the 80s—that’s the furthest we get. We look at Samuel Byck, who tries to take a plane to crash into a white house, and it sounds very different to us post 9/11. But it seemed crazy before.

Coughtry: When you hear the premise, you get a lot of bells and whistles going. But it doesn’t condone or condemn these actions. It just presents it in this off the wall way. I leave thinking, it’s the same as it ever was. There is no time when it’s not appropriate. Because that question is always going to come up

Morrissette: From a timeline standpoint, this show was chosen before the election. We could just have easily been performing this under the Clinton administration. So when we ask why this show now? It has more to do with this concept we’re looking at, they look in and say Us vs Them. But the journey comes back to us. That the assassins are us. Last but not least, we’re a training program. Understanding how to tell this story through the wonderful music and lyrics and book. And after the results of the elections, as the director, I sat down with the head of the department at the time and asked if we were still doing it, because we don’t want to send a “signal.” But we went forward with it. That’s how it happened. Now, the art may be changed by the perspective of current circumstances. But it was still chosen for pedagogical reasons.

Philip Johnston (Choreographer): It holds up a mirror to nature. To American society. And looking through different lense. The more I watch and listen…it is superbly written. There’s so many places in it, it’s the commentary throughout on the american society. Whether it’s the mall, shopping, dysfunctional child, guns. It’s about the assassins.. But it’s about so much larger.

Yvonne Streacker (Giuseppe Zangara): I can only speak for myself, but I feel like the time for this musical is now. For me, I wasn’t really conscious, I was only five when 9/11 happened. I can’t even think of a big national crisis that’s happened that I’ve been there for, besides the mass shootings that have happened repeatedly. And I’m only just now old enough to have my own thoughts about it. I’ve never lived through a president’s assassination. But people are still living who have been through that. Some of the songs are written in such a way that it can be about any national crisis, such as the mass shootings. It’s important to me because it’s personal.

Mark Tyler Miller (Balladeer): Why this play now? A large portion of the country, if not everybody, is realizing what it’s like to put your full faith in something that’s going to disappoint you, regardless of what happens. What happens when that thing becomes fickel? It’s a human thing, and it lets you down. A lot of our country can relate to that now. The same thing would be true if Clinton had won. The other half would have been disenfranchised. It’s very clear in the show that all of the assassins are passionate about what they believe and don’t get it.

Coughtry: There’s a cool little message that keeps popping up with most of the assassins, that it’s going to be in the news. People are going to know. Everyone will know. The desire to affect everyone. It was written before the internet. All of the attempts happened before the internet and social media. We’re a huge country. And the desire that some who feel oppressed to affect change for everybody or to be known by everybody. Through this one pin. They can affect everything.

Assassins will be playing at the Krannert Center for Performing Arts Feb. 1 through 11th. Please click here for tickets and more information.