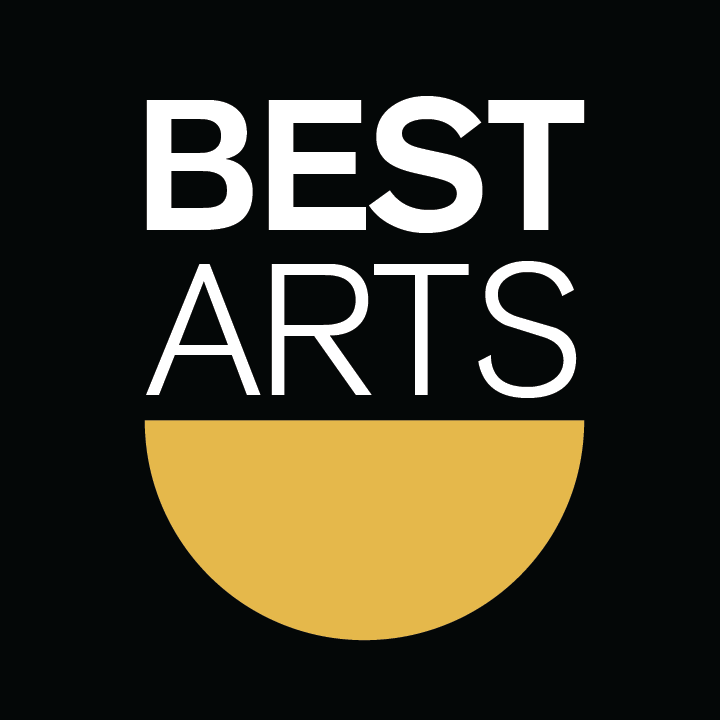 It’s that time again, lovers of the arts! Time to think back over the past season and tip our jaunty caps to the best people, places, and things we encountered. There’s no “Best Actor in a Musical” to be found here (although Hello, Michael Steen, who kicked ass in both the Station’s production of Rent and Parkland’s production of Edwin Drood), nor any “Best Costume Design” (although Malia Andrus and Thom Schnarre have been killing it all over town). Instead, we present our list of (hopefully) creative and (certainly) subjective nods and namedrops. ~~Mathew Green

Basically, we’ve taken a slightly different approach than last year’s controversial and sometimes sarcastic-in-tone list. Sure, you’ll probably identify where our individual preferences lie. And, while we can’t say or do everything, nor give credit to all who deserve it, we’ve provided you with some standouts that we believe are worth investigating. ~~Jeremiah Stanley

SONS OF THE PROPHET, Station Theatre

This past winter, on a Thursday, I made the usual opening night trek to the Station Theatre. The twist was that, on this night, there were whiteout conditions, drifting snow, and ice covering the whole mess. The audience that night was the smallest I had ever seen for an opening performance, thanks to the weather. But for those of us who were lucky (or brave, or foolhardy) enough to be there, there was an enormous payoff. Stephen Karam’s Sons of the Prophet, lovingly directed by Gary Ambler and featuring Station vets Barbara Evans, Deb Richardson, and Chris Taber, was a tremendous, smart, heartrending play. The shock — the utter delight — of the performance, however, was that five members of the cast had never acted in a play at the Station before, and they were extraordinary. For all those who think the Station is cliquish or exclusive, harken to my tale of Joel Higgins (in the role of Joseph), David Mor (Charles), Matt Hester (Bill), David Kierski (Timothy), and Gregory Stewart (Vin). These five souls proved once and for all that you can audition your way into a show, work hard and smart on a good script, and kick serious ass. Well done, gentlemen. Auspicious doesn’t even cover it. (MG)

BEST USE OF THEATRE AS A TOOL FOR GOOD

LATRELLE BRIGHT, director of No Child…

During my brief stint as an instructor at the University of Illinois, I had the great good fortune to work with Latrelle Bright, who is the program director of Inner Voices Social Issues Theatre group, a group dedicated to creating original plays that focus on relevant issues within communities. A big part of Bright’s philosophy of theatre, other than its organic creation, is that theatre should not be restricted to a single stage or building. Theatre should go out into the community, amongst the people, and reach them where they live. When she got her shot at guest directing the play No Child… at Krannert Center this season, she used the opportunity to follow her ideals, taking the production out of Krannert’s hallowed halls and delivering it to other venues around the C-U area. Into the community. Amongst the people. Reaching them where they live. In our diversely talented, artistically rich little city, nobody does socially meaningful theatre like Latrelle Bright. (MG)

This past winter, for two performances only, there was a grand happening in the Armory Free Theatre. A gaudy, sweaty, sexy spectacle unlike anything you’ve ever seen. It was The Wild Party, directed by Kendall Johnson, and it was as unlikely a production as it was good. Funded through Kickstarter, Johnson’s production capitalized on immense talent, minimalist design, donated time, and actual financial donations from around our arts-loving community and beyond. The result was a real wild party indeed, and anyone who donated to the cause (as I did) and were lucky enough to squeeze into the venue for one of the two performances (as I did) definitely got their money’s worth. (MG)

I love live theatre more than I love most things and nearly all people. But, as a cash-strapped fellow with kids, it is difficult for me to see much theatre beyond our (don’t get me wrong) impressive C-U confines. Imagine how exciting it is to me, then, that Champaign’s beloved Art Theater Co-Op occasionally partners with the National Theatre of London’s National Theatre Live program to bring the best of British theatre to the world via movie screens. In the last year or so, I have been lucky to see three extraordinary plays. First was Danny Boyle’s imaginative flip-cast interpretation of Frankenstein, starring Benedict Cumberbatch and Jonny Lee Miller. Another was One Man, Two Guvnors, one of the funniest and more entertaining live performances I’ve ever seen (even if it wasn’t quite “live”). Finally, there was The Curious Incident of the Dog in the Night-Time, which absolutely blew my mind. That last show, coincidentally, went on to win seven Olivier Awards, the most ever awarded to a play. And I got to see this magnificent theatrical event in my favorite local movie house, ten minutes from where I live. Major kudos to the folks at The Art for enriching our already blessed community with a portal to an even broader creative landscape. (MG)

BEST USE OF FIVE DAMN MINUTES

Just to get this out of the way: Yes, I appeared in the play I’m mentioning here. But I’m not talking about my performance. In fact, I wasn’t even on stage when this magic occurred. In fact, after Gary Ambler’s amazing, twirling dervish of a cameo in this Restoration-style romp, I’d be surprised if anybody in the audience remembered that anyone else was in this play. As Lady Davenant, the theatre impresario giving Aphra Behn (played by Lindsey Gates-Markel) her first big break, Ambler absolutely owned the stage from his entrance to his exit, and his five minutes of stage-time never failed to elicit an enormous applause break. Another feather in the cap of one of the most respected and talented folks in town. (MG)

BEST PART OF EBERTFEST (OTHER THAN THE FILMS THEMSELVES)

The films at Ebertfest this year were nothing short of spectacular, but there were some ups and downs with the related activities. Far from a disappointment was 2012 Champaign County Small Business of the Year, Shatterglass Studios. This year, their video of Tilda Swinton leading a packed house in a Barry White sing-and-dance-along even made it onto the obsessive media-hungry paradise known as Buzzfeed. In addition, Shatterglass has won a number of Telly Awards for their work and continue to have a strong community presence with a host of local commercials and film projects, as well as the Pens to Lens Screenwriting Competition, which gives local kids a voice in film. (JS)

BEST PERFORMANCE IN A FILM

KAREN VACCARO in The Actual, Authentic Version of Who You Say I Am

This film’s screening at the New Art Film Festival was well received for many good reasons. Blending documentary style filmmaking with memoir and live theatre, The Actual, Authentic Version of Who You Say I Am is easily my favorite locally tied documentary. Directors Mark P. Ring (Brooklyn, New York) and University of Illinois theater Professor Robert Anderson capture Karen Vaccaro’s “verbatim-stlye” theatre production, “And I Remember,” which chronicles the storied pasts of three woman artists. The film blends actual interview footage of each of the women with performances from Vaccaro, who so easily weaves in and out of each character’s past. It’s a good meditation on remembering, interpretation, and truth that Vaccaro helps to deconstruct and rebuild with ease and fervor. (JS)

BEST SUPPORTING PERFORMANCE IN A FILM

pril Cleveland (right) is a natural in her role as Danielle, a high school girl who also happens to be a lesbian. Cleveland plays Danielle perfectly, mixing self-deprecating humor and self-assuredness in her struggle to find someone in which to confide. Danielle is intricate to the plot and to the development of Chelsea Hart (played by Laura Welle, pictured left, in an excellent, sincere performance), who tries to learn to accept the natural differences that surround her in life.

Scary Normal is a coming-of-age tale that tackles universal teenage drama as well as some more challenging situations that really cut to the core of human emotion and existence. It’s a film with heart and empathy, and Cleveland helps to bare it through the great on-screen chemistry she shares with Welle.

Look for an interview with director and writer Jennifer Bechtel in the near future. (JS)

I may get some flack for choosing Anyway, a film that came to the New Art Film Festival from across the pond, but it was my favorite. The film is directed by Gaël André and Robin Berthier, and is produced by MBC Productions of Paris, France. Co-director/producer Berthier now lives and works in Champaign-Urbana as a university researcher, and the post-production on the film is said to have been completed locally.

Anyway, Anyway is a well-crafted dark comedy that is Groundhog Day meets Mr. Bean meets… Inception? — if that could actually be possible. I’m not really sure. Either way, it does a lot in just twelve minutes, circling through comedic and tragic encounters and sometimes lucid dreams. It left me saying to myself, “Damn, I wish I would have thought of that.” (JS)

BEST GALLERY SPACE THAT ISN’T JUST A GALLERY, NOR WAS IT A GALLERY LAST YEAR

Error Records has brought a much-needed alternative multi-purpose space to Champaign. Not only is it a record store, an all-ages venue, and overall cool place, but it’s also added a new dimension for local artists. This year, Nevermore Gallery, a pop-up gallery “specializing in the weird and wonderful,” held a large exhibit at Error Records in conjunction with the Boneyard Arts Festival. Even though Nevermore and organizers Josh Wolfe and Rebecca Marshall will be headed elsewhere, Error Records will continue to offer monthly art exhibits featuring local artists. Next up is John Menchaca’s “Staring Into a Black Wall,” which opens today and culminates with a closing that features a performace by Menchaca’s band, Need, on May 25th. (JS)