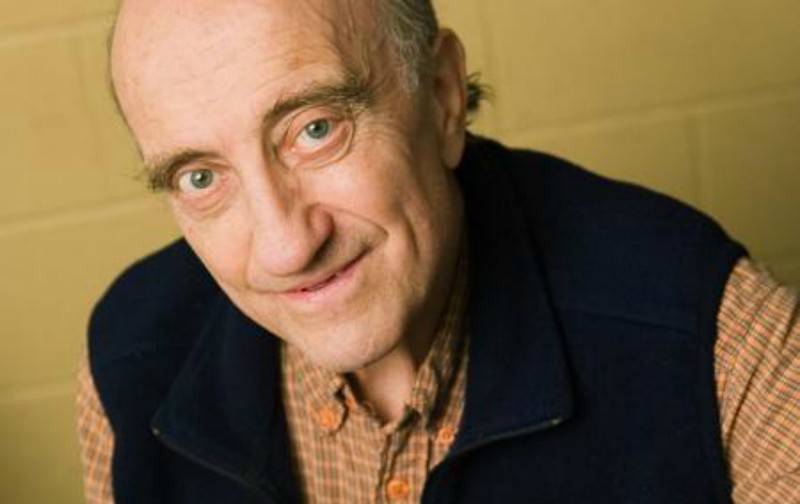 Professor Lieberman is one of the most prolific producers of original poetic books in English among living writers. His major competition would be Margaret Atwood, who has published seventeen books of poetry, but three of these are collections of previously published poems.

Before this numbers game gets carried too far, a look at this remarkable man’s career and his most recent publications is in order. He was born in Detroit in 1935 and received his undergraduate and masters degrees from the University of Michigan. After some post-masters work at the University of California at Berkeley, he joined the faculty of the University of the Virgin Islands as that institution first opened its doors in 1964. This would begin a life long love affair with the Caribbean, a setting that would inspire many poems.

Coming to the University of Illinois in 1968, he carved out a career as a teacher, editor and author. His time away from the University was often taken by poetry readings of his work, while his time with the University often included guest poets who read their work. Local audiences did not have to be in Professor Lieberman’s classes to hear such stellar names in the world of poetry as James Wright, W. S. Merwin, Jim Barnes and Dave Smith.

Fortunately for the world of poetry, Laurence Lieberman has not stopped publishing. His recent books include a marvelous book of poetry, Divemaster: Swimming with the Immortals and a major book of criticism, Clairvoyant with Hunger.

In Divemaster: Swimming with the Immortals, published by Sheep Meadow Press in 2015, Lieberman demonstrates that after more than four decades of writing, he is still in top form. This collection of Caribbean themed poems once again demonstrates his superb poetic sense of place and idiosyncratic imagery.

Take this description of a portly owner of a horse ranch on Salt Cay Island: “…his wide paunch more of an emblem of Brian’s grandiosity than mere stewpot of excess belly fat.” Now there is a truly idiosyncratic tribute to an admired rotund friend in streamlined poetic metaphor. Here is a fifteenth book of poems that displays the craft of a poet at the top of his form.

Clairvoyant with Hunger, published by Texas Review Press in 2016, brings together more than decade of critical articles from various sources, plus a 2014 interview from “The Fifth Wednesday Journal.” His topics range from James Dickey, W. S. Merwin, Japanese poets, and the prose poems of James Wright.

While “prose poem” seems like a contradiction, it is simply poetry written as prose instead of verse and maintains the essential poetic qualities such as heightened imagery in short, simple sentences. Many poets have experimented with this form, but no one mastered it better than James Wright.

Lieberman’s chapter on the prose poems of James Wright is the most fascinating part of Clairvoyant with Hunger. His detailed analysis of why Wright, a master of verse, could write such lyrical prose poems is a master class in literary deconstruction.

In a recent conversation I had with Professor Lieberman, he stated categorically that “without Wright, I don’t think the prose poem would be recognized as a genre.”

The appreciation of poetry can be highly personal, and Professor Lieberman is not afraid to go on record in interviews. Clairvoyant with Hunger ends with a lengthy interview of the author. It makes an ideal supplement to this excellent book of personal views on poetry. In that interview, he gives some splendid advice on one’s involvement with literature:

Why be a writer? Why be a poet, unless you are absolutely steeped in the medium, after having deliriously read other’s work. When you are re-reading something beautiful that you have loved and you almost feel like you wrote it yourself, then it’s only one step furthering in learning to write. Unless you’ve fallen in love with the medium, there’s no point in being a writer.