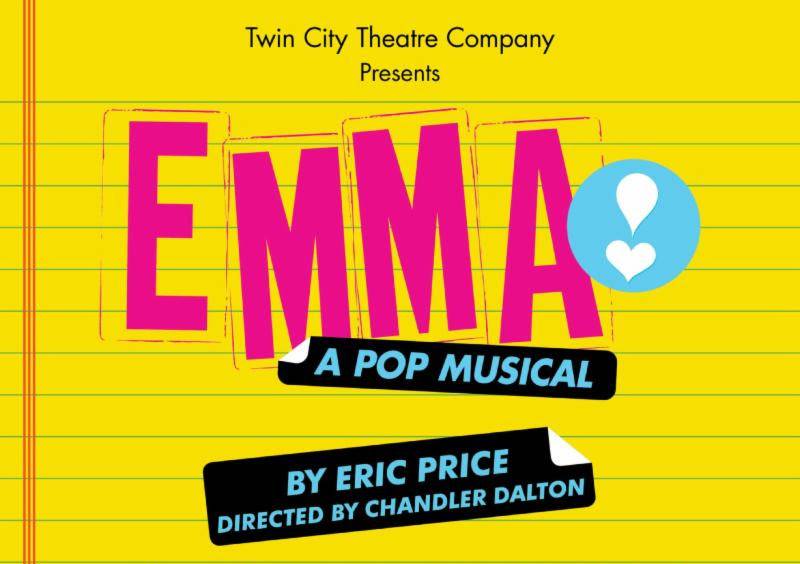 Emma: A Pop Musical takes two of my favorite cultural institutions and brings them together in what might be the best combo since salted caramel. Now, thanks to the Twin City Theatre Company and its 2019 Stars of Tomorrow program, Eric Price’s mash-up of Jane Austin meets iconic girl groups is finally coming to Champaign-Urbana.

I was excited to chat with director Chandler Dalton about the production, the 2019 Stars of Tomorrow program, and life as a theatre director.

Smile Politely: How did you get interested in directing? Did it grow out of your experience as an actor?

SP: What attracted you to this particular production?

Dalton: I love the storyline and the message that the audience can take away.

SP: What have been the biggest challenges and best surprises so far?

Dalton: This is a student run production so everyone from the cast to the staff is students. The biggest challenge is making sure everyone is on the same page and that everyone has respect for everyone.

SP: What’s it like to work with such a diverse group (especially in terms of age) of creative and production teams?

Dalton: I think that it is a great learning experience. We are in our second year of the program so we as a creative team are still learning what works and what doesn’t work. I think that working with kids younger than high school has been a different experience for me because I work with high schoolers everyday and I feel like I have learned a lot about my patience and I have gained a new skill with working with a younger group of kids.

SP: What excites you most about this modern reboot of the Austin novel?

Dalton: I think that this is a great reboot of the Austen novel. I think that they have modernized it but haven’t taken anything away from what makes the novel so iconic. It is still a very similar storyline and the characters are very similar but the writers of this show have given it a modern twist that people might be able to understand more.

SP: The music in this production is one of its most exciting feature. Focusing on female song writers and the female voice. What’s its been like working with these iconic songs?

Dalton: I love the songs that the writes have chosen to feature in this musical. Our Emma (Sammi Schmidt) has of the best singing voices I have ever heard from a high schooler and it seems as if this musical was made for her and her voice.

Dalton: I am excited for the audiences to see a great show. These kids have worked so hard to put this show together and I hope that the audience sees all of their hard work.

SP: In your experience, what are the keys to being successful as a director?

SP: What has directing taught you?

Dalton: Directing has taught me patience and especially this show where I am working with such a young cast. It has also taught me that I want my shows to be a safe place for kids to escape and have fun and make friends.

Dalton: This cast is so incredibly talented and they have all brought so much to this production. Cast, crew and staff have worked endless hours to put on this show and it is definitely one that they don’t want to miss.

SP: What’s up next for you?

I will be starting my third year as the drama director at St. Joseph-Ogden High School where I will be directing a new documentary-style horror play called Trap.