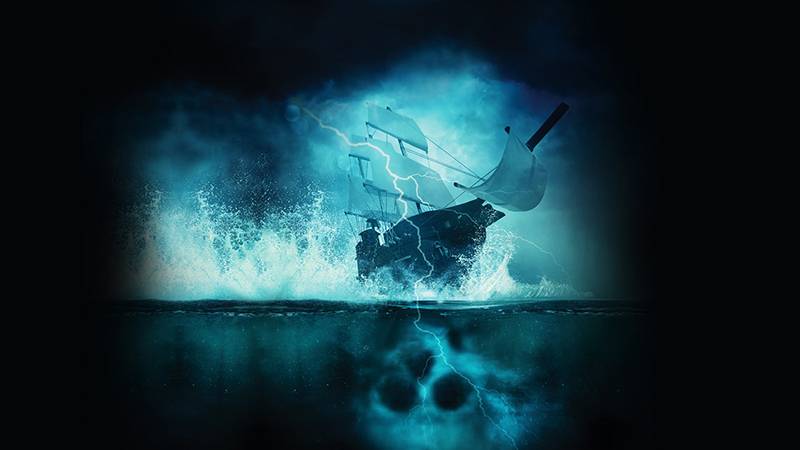 Earlier this month, based solely on the strong resumes and ambitious vision of its creative and technical staff, I included Illinois Theatre’s production of August Wilson’s Gem of the Ocean in my list of must-see arts events for October 2019.  Now, after experiencing myself this past Saturday evening, I’ll go one step further. This powerful and near perfect production of Wilson’s play is a edging its way towards the top of my best of 2019 list.

Last week I shared a preview, filled with backstory, summary, performer profiles and unique aspects of this particular production. As is my habit as an arts writer, I did my homework. However, my companion that evening, while a fan of theatre, preferred to go in blind. It stands as a testament to Illinois Theatre’s Gem of the Ocean that the production stood so firmly on its own that familiarity with Wilson’s work, or with this particular play, while useful, was in no way a requirement for a deeply engaging experience.

For me, the moments before the curtain rises are filled with a particularly visceral energy and excitement. Add to this the opportunity to experience the set, the literal scaffolding of the world we are about to enter, as it too stands waiting to be inhabited by its performers.  Expertly designed by scenic designer Linda Buchanan, the vertical, almost maze-like set, boasts a surprising number of windows and doors. This structure, coupled with property master Mark Kennedy’s well-chosen props and lighting designer Robert Perry’s magic, creates a space that grows and transforms as characters and their circumstances embark on their various journeys. All of these exquisitely rendered details, like so much of this stunning production, conspire to effortlessly draw us in to this moment in 1904, in the Hill District of Pittsburgh, and in the “peaceful house” at 1839 Wylie Avenue, the home of Eli, Aunt Ester, and Black Mary.

What followed was perhaps one finest productions I’ve seen locally. Every choice made by this exceptional ensemble of MFA students and professional actors and their esteemed guest director Chuck Smith, felt completely seamless and natural. Wilson’s words are at times provocative, and at others surprisingly funny. They require the kind of sensitivity and finesse, which these extraordinary actors brought with ease.

Confronted with such a breathtaking performance and thought-provoking exploration of the largest and deepest challenges we continue to struggle with today, my own words feel small in comparison.  I find myself humbled by the painful examination of Reconstruction-era America and the illusive notion of freedom. The world of theatre, like the field of rhetoric, often unpacks the complex construction of the speech act. Does the power of saying truly make it so?  Just like there is more to cementing a marriage than the mere words “I know pronounce you….”  Wilson reminds us that the struggle for freedom did not end with Lincoln’s words, as well-intentioned as they may have been. Attitudes, cultures, self-perceptions require time and effort to change.

Because I so very much want you to see Gem of the Ocean, or at the very least read it, I will refrain from a full summary of what transpires and save you the fear of any spoilers.

We meet Eli, Aunt Ester, Black Mary, Citizen Barlow, and Solly Two Kings at a particularly wraught moment. Wrongly accused of stealing of a bucket of nails at the local mill, a local man jumps into the ocean rather than confess to a crime he didn’t commit. And along with the characters we begin to explore what it means to choose to die in truth rather than live a lie. Is this an act of suicide or freedom? Or both?

When Citizen Barlow comes bounding up to the door of 1839 Wylie Avenue, these notions of truth, freedom, and redemption take center stage. Seeking Aunt Ester’s aid for a burden we have yet to discover, Citizen become our avatar in this journey of redemption. J’Laney Jenkins’ Citizen is a multi-dimensional, relatable, and fully present in each and every moment of his journey.

Much like Natalie Loveland’s costumes, these actors seem to simply inhabit their characters. Their scenes together depict a rare kind of theatrical alchemy.  Their shared histories are tangible in the smallest of gestures. This is particularly evident in the poignant scenes between Lisa Gaye Dixon’s Aunt Ester and  Nathan Ramsey’s charming and heroic Solly Two Kings.

Dixon inhabits the formidable role of the 285-year-old soul washer with a fierce commitment to both the character and to the larger questions Aunt Ester evokes. She is historian, shaman, conscious, all while remaining deeply grounded in the household and in the lives of those around her. The enactment of the much-awaited trip to the City of Bones presents the challenge of being both tangible and mythical. And thanks to the riveting performances of this ensemble, the genius of the technical staff, and the revelatory addition of choreography by Kemal Nance and Endalyn Taylor, the journey is sublime. Dark, stormy, heartbreaking, and transformational. The City of Bones dancers bring a visceral sense of what lies beyond and space. Like dancers in a magical or shamanic ritual their movements raise the energy required to lift the veil and move between worlds.

I would be remiss without congratulating Brandon Burditt on his riveting portrayal of the deeply complex Caesar Wilks, who in his best and worst aspects represents how our struggles out of powerlessness often lead us not only to claim our own power but to the dangerous desire to wield it over others. Equally powerful was Charence Higgins as Black Mary.  It was a joy to watch her emerge in her own power, ultimately standing up to her brother Caesar, and to Aunt Ester, with whom she eventually stands shoulder to shoulder. Last but not least, Latrel Crawford’s Eli stands strong as keeper of peace and Danny Yoerges’ Rutherford Selig provides warmth, wit, and hope as a travelling salesman with the heart of a freedom fighter.

Thank you to Illinois Theatre and to Krannert Center for the Arts for bringing this important work to us. Go see it.  This is theatre at its best. Let Aunt Esther help you dive deep into your own center of everything.  Let Gem of the Ocean fill you up with truth, courage, and, hope.