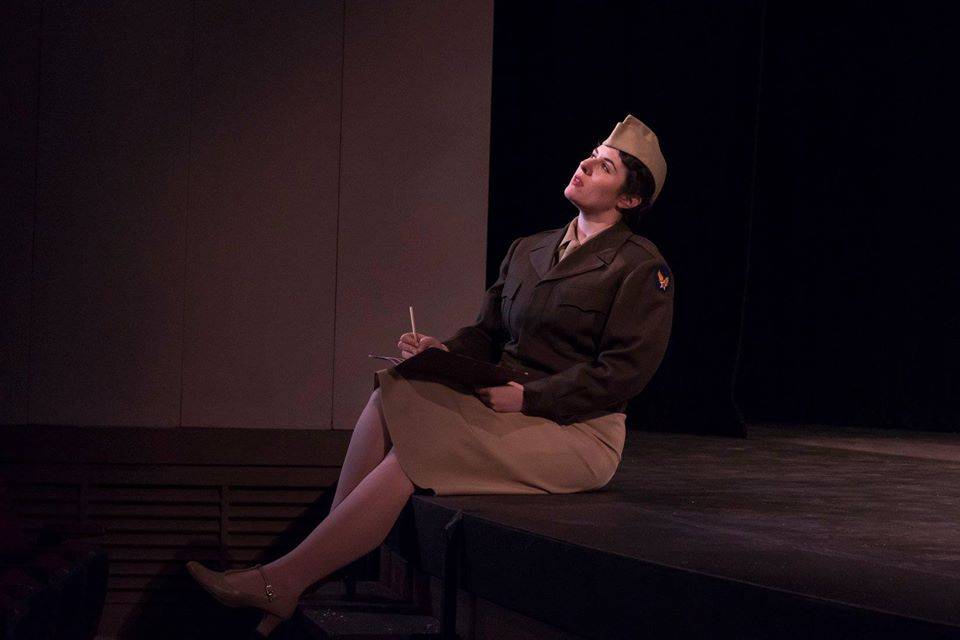 In the last few weeks, we’ve experienced so many different permutations of the COVID-19 pandemic’s effect on our community and our lives. Every business, family, social circle, and individual has faced some break from or devastation of routine. For the actors, directors, and designers in the theatre community, the shelter-at-home and social distancing mandates have resulted in cancellations or postponement of productions, some of which were already in the midst of rehearsals.

With the immediate future of my own personal creative outlet very much up in the air, I was pleased to be approached about trying to help fill this theatre vacuum in some small way. The idea presented to me was to reach out to local theatre makers, and my first thought was to speak to someone whose production had suffered the cruel (but understandable) fate of cancellation.

There were a lot of pained responses to the cancellation of Parkland College Theatre’s intended production of Chicago this spring. Those saddened by the aborted run included not just the cast and crew but also many community members for whom the show is beloved and was much-anticipated. One of the reasons I was upset by the news was knowing that it was to be under the direction of Abby Gailey.

I had the pleasure of acting with Gailey in Parkland’s 2017 production of Much Ado About Nothing, in which she played Benedick to Chelsea Collier’s Beatrice. She gave a formidable performance, balancing the tart intelligence and wit of Benedick’s “tyrant to women” with a charmingly daffy sense of humor. I hope she wouldn’t mind my saying that the actual Abby Gailey isn’t far from this. It’s part of what makes the following conversation as candid and fun as it is, and that’s a big reason why it’s such a shame her Chicago isn’t on the boards right now.

Smile Politely: What was your first exposure to seeing theatre? What do you remember, and how did it affect you?

Abby Gailey: The first professional production that I remember seeing was a tour of Crazy for You when I was about six. I remember feeling excited and maybe a little confused. Then when I was eight, my Dad took me and my younger brother to New York to see our first Broadway show, which was Phantom of the Opera. I grew up in the suburbs of Baltimore, which was only about three hours from Manhattan, so that was the first of many trips with my Dad to see a show.

I mostly remember feeling intensely jealous of the performers up on the stage, and I desperately wanted to be up there. I’m fortunate that my parents encouraged that and my school had a great arts program, so I had a lot of opportunities to participate in almost every aspect of performing arts.

SP: When did you first participate in theatre, and what do you remember about the experience?

Gailey: The first show I auditioned for was my fifth-grade play. For some reason, the assistant principal at my elementary school had developed a rotation of Shakespeare plays for the fifth-graders. The year before, the fifth-graders did [some representation of] Hamlet and my class got to do Macbeth. I originally was going to just volunteer to run the spotlight (an early indicator of my fascination with lighting design), but the assistant principal encouraged me to audition. I ended up cast as the infamous FOURTH Witch… which I realized later, much to my dismay, was not a real part.

I remember trying to make my voice very gravelly to try to be super creepy. And for some reason, I distinctly remember having lines about runes and my prop was some broken up crayons that I would throw… I’m fairly confident that I didn’t know much about runes in fifth grade. There was also a performance of Whitney Houston’s “One Moment in Time” in the middle of the show…? A bold choice. One of my great regrets is throwing away that script because now I’m so curious about it.

SP: What do you consider the most significant aspect of your theatre education? This could be a class you took, a show you performed, a director or teacher you had….

Gailey: Oh gosh. In terms of training, I majored in Dramatic Arts and my courses provided me with a lot of tools, and then being involved in community theater has given me the opportunity to use those tools and see which ones work for me and which ones don’t.
But, I think the single most significant aspect of my theater education was realizing just how much I didn’t (and still don’t) know. I learned that there were far more talented people in this discipline from whom I have much to learn. That was hard for me because I was very pretentious and arrogant at the time. I’m still pretentious and arrogant, but at least now I’m self-aware.

Now, every show is a learning opportunity, and I think there’s something liberating in that. Even with Chicago, I had a document called “Lessons Learned,” and it’s just a list of every mistake I made so that “future me” can hopefully do a little better.

Oh, also, I think everyone who does theater should spend time in other theater roles. If you’re an actor, you should be on a run crew or production staff. If you’re a director, you should act or produce or build or something; it teaches appreciation and insight of the entire theater ecosystem, and to me, that perspective is invaluable.

SP: What is an unexpected way in which theatre has impacted your life?

Gailey: I got one of my first jobs out of college because of theater. The position was organizing and facilitating events; and, having served as a stage manager and producer, it was a natural transition. I was also asked (I kid you not) in the interview if my background in theater meant that I was also flaky and prone to drama, and I said, “No, but it does mean that I am used to large personalities and think quickly on my feet.” I’m not saying that’s why I got the job, but I’m also not not saying that.

I also met the man who is now my husband during a production of Taming of the Shrew. So that was nice.

SP: What was your introduction to theatre in the Champaign-Urbana area?

Gailey: When I first moved here, I saw Duck Hunter Shoots Angel at Parkland. I then volunteered to do props for their production of Nuncrackers, and then I somehow convinced
them to let me direct a one-act the following season and then a show called Murder by Natural Causes.

SP: Share, if you would, your “top three C-U theatre moments.”

Gailey: Okay… so originally I thought this was top three C-U shows, and it was really hard, but now I’ve re-read it and it’s theatre MOMENTS and I’m completely flummoxed because I’m sure there are dozens but I can’t remember a single one. Like when someone asks you to sing a song and you suddenly forget every song you know. But also, Elephant’s Graveyard.

SP: So, having covered some of your theatre history, let’s bring this up to date. How has the shelter-in-place order affected your theatre life? How, if at all, have you stayed connected to (or active in) theatre while sheltering in place?

Gailey: Yeeeeeah… Unfortunately, the production I had been directing (Chicago at Parkland College) was canceled. It’s such an enormous shame because the cast and crew had been working so hard and everything was looking great. There were some very sweet posts on social media on what would have been our opening night, and it made me happy to see how many people were sharing.

Other than that, I’ve mostly just been keeping in touch with friends and brainstorming a bit about what my next projects might be. I’m very lucky to be married to someone who knows way more about theater than I do, so already I have a good outlet for questions and ideas. Aside from that, I have a shopping cart full of scripts from DPS that I need to buy, a few cast albums that I’d like to listen to, and I send texts to friends with some outlandish ideas that pop into my head… Everyone has been very patient with me and my imaginary, unlimited budget.

SP: Assuming that theatre as we know it is able to continue in the near future, what would you like to see happen in C-U theatre?

Gailey: I’d love to see the managing directors and boards of companies getting together more to talk about seasons, fundraising, sharing resources, collaborations, etc. I think it’d be especially useful for things like fundraising. The effectiveness of a consolidated body of fundraisers, event planners, and grant writers to support local theater across the companies who are members could be enormous.

Along those lines, I’d love to see a unified audition once or twice a year. One of my big pet peeves is making people choose between productions because auditions are a week apart. Plus, you never know what a director is looking for, and a unified audition would allow actors to be exposed to multiple companies and considered for multiple projects.

Top image: Photo of Abby Gailey as Benedick in Parkland Theatre’s 2017 production of Much Ado About Nothing. Photo from Facebook