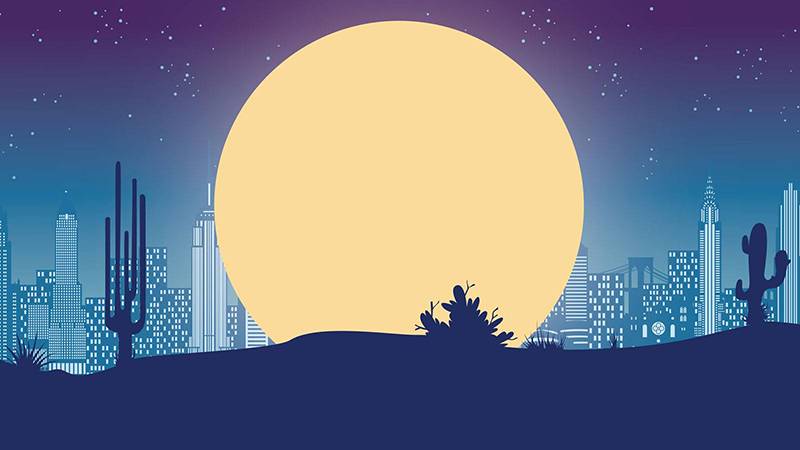 The opening night audience for Lyric Theatre’s production of Crazy for You could not have been happier. There was thunderous applause after every song, a fair amount of whooping throughout, and a rapturous standing ovation at the curtain call. I saw audience members dancing in the aisle at intermission, and, as I left the theater, I heard a patron lamenting that the two-hour-plus show was over. And, while I didn’t exactly echo the sentiment, I understood the appreciation for what had just transpired.

The production, which ran April 25th through 28th at Krannert Center for the Performing Arts, had a lot going for it. First on the list of attributes is the toe-tapping and very recognizable music of George and Ira Gershwin. Songs like “Embraceable You” and “They Can’t Take That Away from Me,” played beautifully by conductor Michal Tilley’s orchestra, kept the crowd enchanted all evening and humming out the door. And the cast, led by Owen Connor Stout (as Bobby) and Colleen Bruton (as Polly) could not have sounded better.

Equally impressive was the combination of Sarah Wigley’s able direction and Charlie Maybee’s more-is-more choreography with a cast that seemed damn-near indefatigable. There were, at times, as many as two dozen dancers on stage, singing their hearts out, nailing every step, and looking like they were having the time of their lives. Were I the type to wear a hat to the theater, I would tip said hat to them.

The plot of the show (book by playwright Ken Ludwig) is less hat-tip-worthy, I’m sorry to say, and is saddled with clichés and contrivances that don’t wear well. The story, such as it is, goes like this: Bobby, who loves to dance, is the tuxedo-wearing scion of a fancy, New York banking family. He is dispatched by his mother to Nevada, where he is to foreclose on a run-down community theater. Instead, he falls in love (at first sight, naturally) with the owner’s daughter and sets out to save the theater in order to win her heart. That’s a synopsis that leaves out a lot of shady behavior and shoddy treatment of the main female characters, but the audience didn’t seem to mind so long as the plot kept facilitating songs which, in turn, facilitated some seriously great dance numbers.

Honestly, though, Crazy for You isn’t exactly meant to be King Lear. It’s essentially a jukebox musical in which well-known songs are shoehorned into a plot that almost justifies them. The correlation of song to plot got even looser in the second act, but by then the story had mostly given way to the far superior choreography. If you’re keen to see Crazy for You—as a lot of people clearly were—you’re probably going precisely because of the glamour factor: the glitzy costumes, the gentle melodies, and dancing that comes off with the force and precision of a squadron of Spitfires.

Beyond all the dancing, the show did contain some genuine laughs, including a crowd-pleasing “doppelganger” number involving Stout and Fabian Guerrero, who made an enjoyable meal of his role as producer Bela Zangler. Also turning in solid performances were Logan Piker as Bobby’s long-suffering girlfriend, Irene, and Anna Benoit and Caroline McKinzie as chorus girls Tess and Patsy, respectively. Add to these a collection of enthusiastic cowpokes and chorines, all of whom gave what can only be described as Maximum Effort.

The stars of the show, though, in every way, were Stout and Bruton, who made even the most demanding choreography look effortless and whose stamina and stage presence were truly admirable.

“I got tired just watching them,” said one patron sitting in the row in front of me.

I second that, and I offer my congratulations to all involved on a job well done.

Crazy for You
Krannert Center for the Performing Arts
April 26th through 28, 2019
500 S Goodwin, Urbana