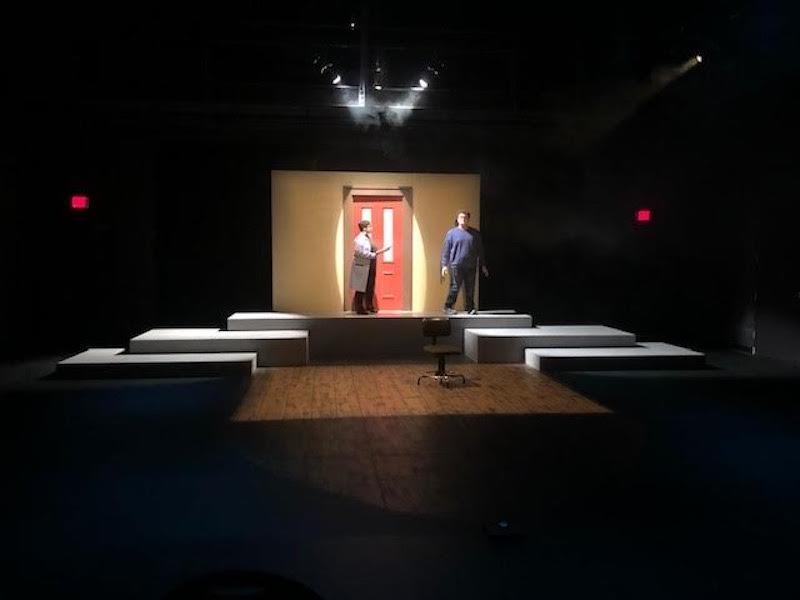 When Parkland Theatre’s production of Chicago got canceled just a couple of weeks out from its opening night in April, Brian Morgan started planning.

As the resident Theatre Director at Parkland College, Morgan knew how things ran on a daily basis. But with COVID-19 as the new sheriff in town, some adjustments had to be made to the way productions could and would be executed. Social distancing would have to be in place. Masks would need to be worn. Performances would need to be virtual. But how is that possible in theatre? Can we strip away all the elements of theatre as we know it and still produce quality work?

The answer appears to be multi-faceted, but Morgan takes the time to explore some of the biggest roadblocks and successes of the past nine months and how his department has pushed through.

Smile Politely: I want to hear about how the theatre department’s practices have changed since the pandemic started. What did it look like back in March, and what does it look like now?

Brian Morgan: I have two goals for all my students: either I’m preparing them to go right to work after two years in the industry, or transfer to a large institution, four-year school. And if we’re not doing that, we’re not successful. And so our goals had to remain the same no matter what’s going on in this world. Now our delivery methods had to change to reach those goals… So I put together a proposal of doing ten-minute plays, two person casts, that we could socially-distance-block. I would have a faculty mentor for the actors, take care of several of these plays, and then I would take care of mentoring all the technical students. And in doing so, the plan was that at no time would we exceed ten people in the space. That way if we had to revert back to Phase I of the Illinois plan, we would still meet that criteria and it wouldn’t just get cancelled. So, with the addition of wearing masks—Parkland requires everyone in the building at every moment you’re in the building to have a mask on—we socially distanced for that whole process. And like I said, we did four-person labs. There were four shows. And we sanitized pretty much everything between every single rehearsal… And I put all of this together in a proposal and proposed it to the dean, and they thought it was a solid idea, and we went forward with it.

I was a little worried about doing it, but the other factor was that our students bought in. Our atmosphere is very much a family, we look out for each other. I mean, theatre is the most collaborative thing you can ever do, in my opinion. And they really did everything they could because they appreciated the opportunity that they were given. They weren’t going out, taking unnecessary risks. They knew that even some of the students who may not believe in masks wore them all the time because they didn’t want to let down their fellow students. So everybody bought in, and it really worked well.

SP: What would you say were some of the biggest challenges about implementing your plan for this fall?

Morgan: It was the X factor, the students. We are very fortunate that our students are so dedicated… I did not know how they would buy in; I just felt that they would. The other part is that unfortunately, when all of COVID hit and everything, we had to downsize. We had to let people go… Parkland really has its reputation and everything because of the amazing team that I have. I mean, every last person makes Parkland College the place to be, especially in theatre… So students built the entire set, they designed the lights, designed props, and each one of them had to be mentored but everybody stepped up to the plate and did it. The sad part is, because we couldn’t have an audience unfortunately we couldn’t get the rights to broadcast the plays we selected—we selected the plays late, we were waiting to see which students we had this year in terms of quantity—and so we weren’t able to stream these, just based on the plays we selected and the rights. But in spring we intend to do something that will be accessible to everyone.

SP: So right now at Parkland, what projects are happening? Are there projects planned for later this semester or next semester?

Morgan: I have not planned what we’re doing in spring. I intend for it to be something that would be broadcastable, either on Parkland TV or WILL-TV or Youtube or something. And I think we might try to do a couple things, whereas this semester we did one. This semester was really the test for us to see what we could achieve. I think next semester we will do something a little bit grander with the same kind of protocol in place… And I also think I’m going to do a workshop series for students to do their written work. I have a student or two that are interested in doing some stand-up comedy, I have a student who’s interested in having some plays workshopped that they want to write, and so we might do a little bit of that with the same procedural safeties in place.

It’s a season about adaptability. That’s really where we’re at. Because at any given moment you can have a plan, and then you have to sidebar to a different plan. You know, coming into this semester, I provided an opportunity, but I still didn’t know how many people would feel comfortable auditioning. It was a virtual audition, and unfortunately, especially with new students, some of them don’t know how to do that. So we tried to provide as much guidance as possible. So you just don’t know. If you don’t have a large turnout, then you have to toggle to Plan B, or if you have too many people, that’s great, and you try to make as many opportunities as possible, so maybe you go to Plan C. So it’s really about adaptability.

All photos by Bryan Heaton