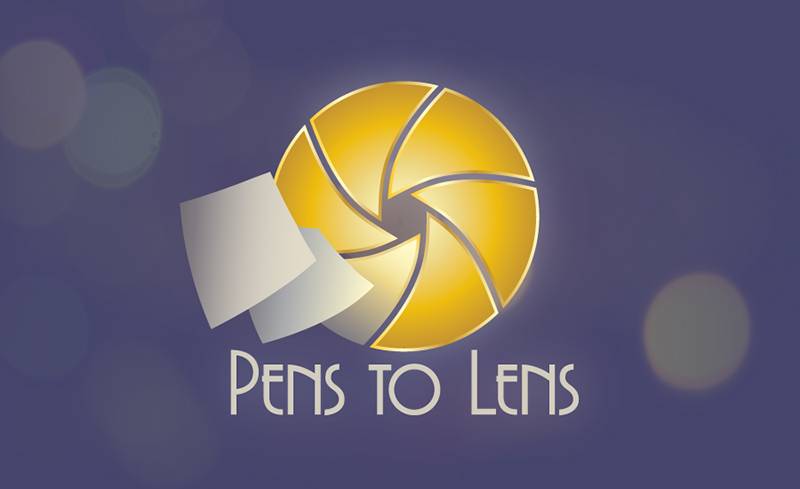 Okay, now that the Oscars are over it’s time to shift the focus to local filmmaking. And what better place to begin than with future screenwriters and directors. The Pens to Lens program helps local kids K-12 take story ideas and turn them into screenplays and short films that we all get to enjoy at a late summer gala and film festival. Pretty cool, huh?

This Thursday’s deadline for student screenplays marks the first milestone of the 2019 Pens to Lens schedule. To mark the occasion, and to get a few last-minute tips for applicants (or their parents), I sat down with CU Film Society board members Rebecca and Thom Nicol.

Rebecca and Thom Nicol: About eight years ago the CU Film Society was trying to figure out a way to engage the community in filmmaking and Bill Kephart suggested we do something to get kids involved. We figured writing didn’t require any special equipment or training, and was a great way to kids started thinking about filmmaking, and it really took off from there.

SP: How has it changed or grown over the years?

Nicol: We are headed into our seventh year of Pens to Lens and it has changed drastically over the years. The first year in 2013 scripts were submitted in February and the films premiered at The Art Theater in May. There were only nine movies that year and two packed out screenings. The next year we moved the Gala to August to give filmmakers more time to shoot, and things got a lot bigger with 23 movies and a move into to our more permanent location at the Virginia Theater.

Since the first year we generally average about 18-19 movies each year. Then we added the student filmfest a few years ago so students can write and direct their own movies as well.

SP:  To what do you attribute its continued success?

Nicol: [It] continues to be successful because it is such a fun event. The filmmakers keep coming back year after year to make movies because they love the fun fresh ideas in the scripts. And the gala itself is always great, walking the red carpet and watching movies with the kids that have written them is just one of the most fun days of the year for us.

SP: What makes a winning screenplay? How do you choose? What advice do you have for students who are working on, or considering, a submission?

One of the things that makes this program so much fun is there isn’t one size fits all regarding what makes a winning script. Each filmmaker is looking for something different that speaks to them personally. There are directors that are looking for something that lends itself to animation, some are looking test themselves by picking a genre that is different for them, some just want to tell a story that they find especially unique to kids writing. All of the scripts are submitted without the names of the writers so it is all chosen anonymously. Each filmmaker reads through the scripts and stars the ones they personally like the best.

That being said, there are a few things kids can do to increase their chances of catching someone’s eye. Good story structure is one—scripts that establish a clear conflict at the beginning that is developed through the middle and resolved in a satisfying way at the end make for really good reads and tend to get a lot of attention from filmmakers. Another is ease of production—scripts that call for lots of locations, tons of extras, or elaborate special effects might be more difficult for a filmmaker to pull off, even if they fall in love with the story. Finally, passion from the writer— if the screenwriter loves the story they’re telling, that enthusiasm comes through on the page, and can infect the reader. Write the sort of movie you’d love to watch.

SP: Pens to Lens also sponsors a student short film competition, which is such an amazing opportunity for kids who are interested in film. Are there specific categories or criteria for these self-produced films?

Nicol: The student films can be any genre the student feels drawn towards. We ask the films be under 10 minutes long, but three to five minutes tends to be ideal. And again, make the sort of movie you’d want to watch, pay attention to good story structure, and write a story that only calls for locations, props, and costumes you have access to. The CU Film Society has a filmmaking kit freely available for local students to borrow to produce their work.

SP: What are some of the ways community members can get involved and support the program?

Nicol: There are several people can get involved. We always need actors, locations, and volunteers to assist with the event and workshops. And for those that cannot help with any of those options they can always give financial by donating on our website, PensToLens.com. To get more information about helping with Pens to Lens you can send an email to [email protected]

SP: Anything else you want to share with our readers?

Nicol: We’re excited for another great year of Pens to Lens! The gala will be on Saturday, August 10th at the Virginia Theater.

SP: Thank you. We look forward to hearing more as production begins.

The deadline for submissions for the 2019 Pens to Lens student screenwriting competition is Thursday, February 28. Guidelines and other information can be found at penstolens.com