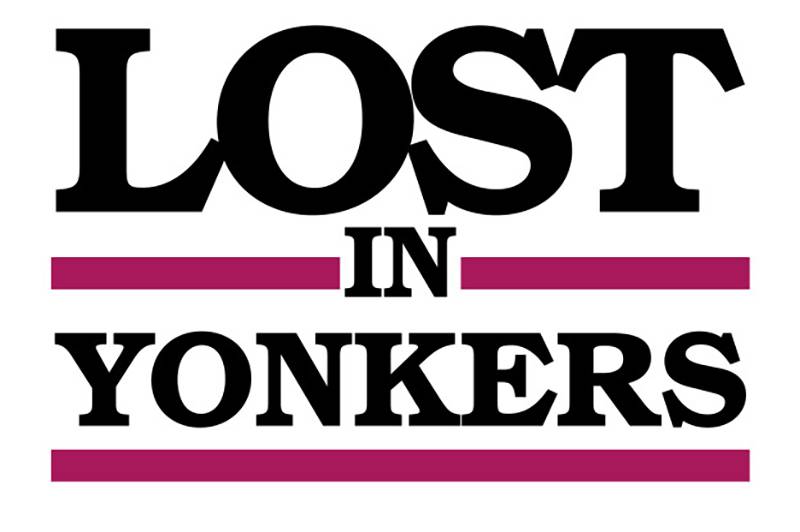 The beauty of a well-crafted play is that it appears timeless. Lost in Yonkers is a “memory” play, set in 1942, written in 1991, and presented by the Twin City Theatre Company for the next two weeks at the SoDo Theatre in downtown Champaign.

The plot and characters could easily be set in the present, with pathos and humor in an equal balance. Playwright Neil Simon won a Pulitzer Prize and a Tony award for it 1991, and it is widely considered his best work. Years later a film adaptation starred Richard Dreyfuss, Irene Worth, and Mercedes Ruehl.

Presented and directed by John Tilford, Lost in Yonkers is a story about family, love, loss, and redemption. Simon, who early in his career wrote for televsion with Carl Reiner and Mel Brooks, famously said this about comedy:

“I think part of what made me a comedy writer is the blocking out of some of the really ugly, painful things in my childhood and covering it up with a humorous attitude…. do something to laugh until I was able to forget what was hurting.”

Simon based various characters in the play on people he know, including his battling parents.

I had the pleasure of talking with Mr. Tilford during rehearsals.  He shared his thoughts on the play, the production, and life in community theatre.

Smile Politely: You told me that have directed Lost in Yonkers before. How does this experience compare?

John Tilford: Before, the cast was all teens. [Tilford taught at Unity High School in Tolono and directed many of their productions] They come from a different perspective than my current cast, as far as relating to love and loss. Each group brings their own unique experiences to the productions.

SP: For you as a director, what is at the heart of Lost in Yonkers?

Tilford: For me, the bottom line is that despite hardships, we’re still a family. This is a story about how we cope and survive. Lost in Yonkers begins in Brooklyn, New York circa 1942, during the Second World War. The character Evelyn, mother of Jay and Arty, has just died after a long illness. Eddie, her husband, has lost their apartment, and must take a job elsewhere to pay the medical bills. After much debate and many threats, the boys end up moving in with Grandma [Evelyn’s mother] who owns a candy store in Yonkers, which feels like another planet to these Brooklyn-born boys. But life at Grandma’s turns out to be anything but a candy-coated treat.

(continued) The boys begin their mission to make money so that their father can come home. Things get really interesting when Uncle Louie descends on the family with the gangsters he stole from not far behind. Simon has written some really rich characters here. There’s movie-loving Aunt Bella, a mix of adult needs and a child-like sensibility, who wants to start a new life away from her mother. Even the character of Grandma has hidden levels of depth we discover as the play unfolds.

SP:  What do you enjoy most about working in community theatre?

Tilford: Community theatre is a great opportunity for all different kinds of people to get involved; from seasoned actors and crews to beginners. We all have something to bring from our experience, and that makes for a wonderful show. It’s very inclusionary, and gives folks a chance to try something new, in a fun environment.

Twin City Theatre Company’s production of Lost in Yonkers promises to be a throughtful, bittersweet ensemble performance. I’m very much looking forward to opening night, and you shoudl be too!