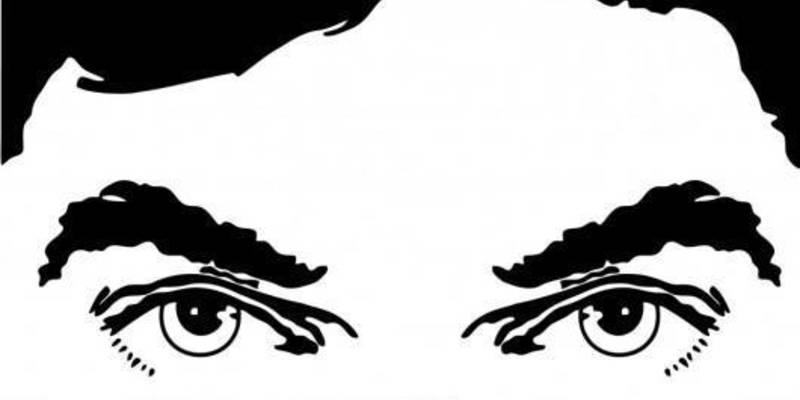 I will admit that I knew very little about Ira Levin’s Deathrap. The 1982 movie adaptation starring Michael Caine, Christopher Reeve, and Dyan Cannon completely slipped my mind. But I’m always a sucker for the age old “play within a play” (story within a story, movie within a movie, etc) situation. Make that a thriller, and I’m sold. Thus was my invitation to this Deathtrap.

One is greeted with a simple yet fantastic set — the show takes place primarily in the main character’s study and living room — filled with antique furniture, a hearth that glows ominously throughout, an impressive display of antique weapons, and typewriters that stoke the fires of nostalgia in any writer’s heart.

Without giving away the twists and turns, of which there are quite a few, the show follows aged playwright Sidney Bruhl (Yes. B-R-U-H-L. His emphasis.) as he welcomes adoring fan and young playwright Clifford Anderson into his home under the guise of mentorship. Bruhl has offered to help Anderson perfect his latest script: the titular “Deathtrap”. Once Anderson steps into the Bruhl home insanity ensues.

The script itself is wonderfully witty, and got straight to the point. Even though a few moments were stilted and the tiniest bit verbose, it never meandered. Ira Levin’s ability to poke fun at his own craft is brilliant, and brings life to what could be an otherwise mundane “thriller”.

Sidney Bruhl is not a pleasant person. Much like a bad-tasting cough medicine, he is hard to swallow. But once you get past the unpleasant taste, he’s not too bad. Once you get over the initial flaws of Bruhl, it is David Barkley’s performance that makes the character palatable. Barkley perfectly plays the pedantic, narcissistic, down on his luck playwright. From his absurd scoffs (because of course his way, his knowledge is the only correct option) to his physical demeanor to very deliberately chosen inflections, Barkley is Bruhl.

However, even his performance could not help the stilted, and less than thrilling first act. Until Clifford (Evan Seggebruch) arrived, the first act lacked energy. Deb Richardson’s Myra Bruhl seemed to lack emotion, and whatever little emotion was shown remained rather muffled and subdued. When upset, scared, happy, or even indignant, it was all the same quiet performance. Saying more would give a plot twist away, but there were moments where I wanted more out of Richardson, where there should have been more from her performance. More shock where shock we was required. More indignant and appalled when required. While Richardson certainly played the quiet, dutiful wife, Myra’s dialogue gave me the idea she was much more than that. I wish I could have seen that side of Myra come out in Richardson’s performance.

To make a point, and to play into the stilted playwright conversation throughout the show I’m sure, both Helga Ten Dorp and Porter Milgrim serve as plot devices to break more serious moments with levity (and even ambiguous foreboding), and exposition that helps move along nefarious plot twists. But this prevent Dixie Sexton (Ten Dorp), and John Tilford (Milgrim) from giving enjoyable performances.

Sexton could have easily given an over-the-top, clichéd performance as the neighborhood psychic with an overly thick accent and flamboyant personality. Although the melodramatic psychic did come out at moments, they were chosen well and didn’t distract from the scene. And even though her accent seemed to fade at times, it was refreshing to see a more subdued version of an overdone caricature.

Yet these performances didn’t completely cover up a shaky first act.

Fortunately, the second act was much different. Filled with most of the plot twists, thrills, and sound effects, the show seemed to come to life. In part due to the chemistry between Barkley and Seggebruch as they played off each other brilliantly.

As mentioned, Seggebuch’s Clifford injected energy into the show during the first half, but his best work came in the second act. Most impressive were the nuances he added to the character. The way he toyed with Bruhl. The snarky, yet endearing inflections during interactions with Bruhl. Even in spite of certain technical difficulties, Seggebruch continued to bring an endearing  quality to his performance.

With all that said, Deathtrap is another great sign that the Twin City Theater Company is committed to more and more character driven shows.

Okay. Sure. One could easily argue that Deathtrap focuses more on humor, shock, and awe, and wouldn’t necessarily be wrong. But the cast of characters are far from one-dimensional. Shows filled with well-rounded characters are becoming more and more common with TCTC, as well as hiring directors like Aaron Polk who understand such characters.