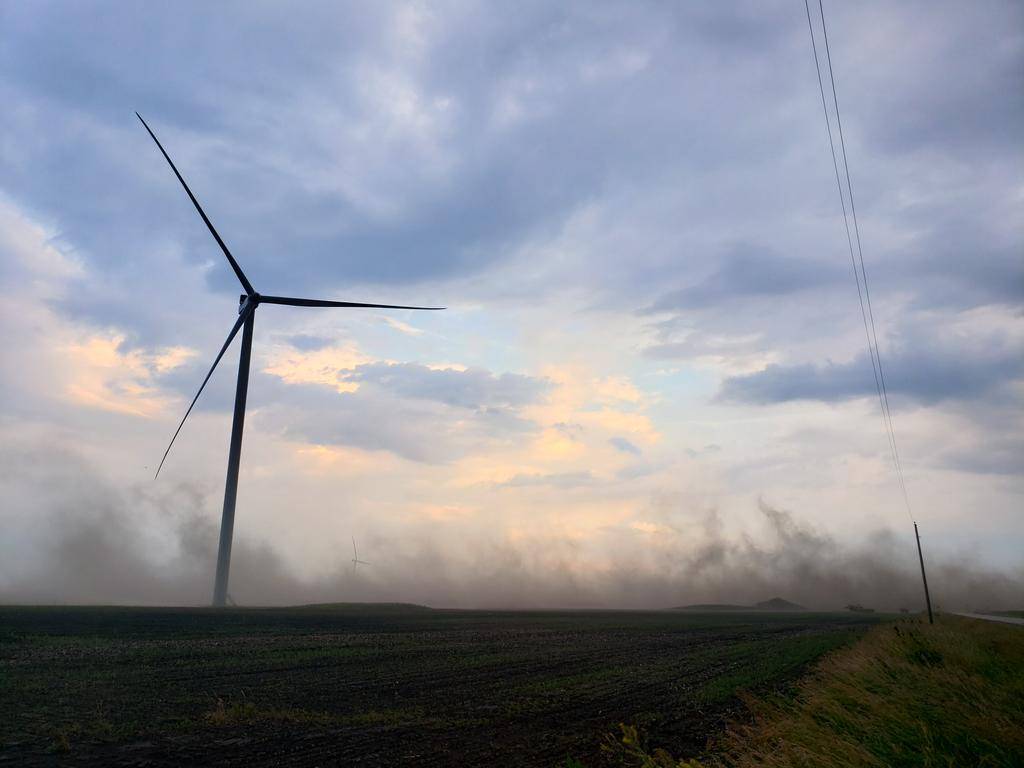 It’s been a wild year, and the far-reaching impacts of COVID-19 didn’t avoid the world of weather. With workplace restrictions in effect, official daily weather record-keeping at the Illinois State Water Survey was interrupted for the first time since they began keeping records back in 1895! For the first time since February, June gave us a complete month of daily temperature and precipitation records here in Champaign-Urbana, so with that, let’s resume our C-U Monthly Weather Reviews.

June 2020 came in warmer and wetter than average across Champaign County. The average temperature for the month was 73.8 degrees, 1.2 degrees warmer than average. Total precipitation comes in at 5.88″, about an inch and a half above the June monthly average of 4.34″.

Throughout the entire month of June, 26 of 30 days saw high temperatures in the 80s and 90s. Six days with 90-degree high temperatures is actually right at the average for June in Champaign-Urbana. I was asked if the heat and humidity we’ve been experiencing lately in Central Illinois was a bit unusual, or early for this time of year, and the answer is: not really. Our memories can be a bit short-term when it comes to the weather, and we’ve been spared the last few summers by favorable jet stream patterns that deflected much of the heat and humidity away from our area. 2018 and 2019 simply featured summers that weren’t all that hot or humid in the Midwest, and we got used to it. That sort of luck doesn’t last forever though, and we’ve simply seen a fairly typical start to summer here in central Illinois.

As is becoming the norm across the Midwest with climate change, we’re seeing our summer rainfall come in low interval, high doses. What do I mean by that? As a whole across the Midwest during the summer months, we’re seeing a slight uptick in total summer precipitation, but a big uptick in the number of heavy rainfall events. That means we are getting more of our rainfall in these single, or several day extreme rainfall events. June 2020 was a good example of this trend.

We surpassed our monthly average for precipitation in June and did so primarily on the back of four days. Slow-moving thunderstorms on June 4th dumped 2.51″ of rain on Champaign-Urbana (with higher amounts over 4″ reported across Champaign County!) which flooded my basement for days. Thunderstorms again brought 1″+ daily rainfall to the area on June 21st and 23rd. Otherwise, there were six other days in June that brought measurable, but light precipitation to Champaign-Urbana, with 21 of 30 days being dry.

While it didn’t bring much in the way of soaking rains to our backyard, we saw quite an unusual weather event on June 9th when the remnants of Tropical Storm Cristobal made their way through the Midwest as a Tropical Depression. Heavy rain fell near the Mississippi River, with blowing dust blanketing parts of East Central Illinois as high winds moved through the area. A brief tornado was also reported near Kankakee, a rarity in what has been a historically quiet severe weather and tornado season across the central U.S.

So a warm and wet June, what’s in store for July? We’ll keep the heat on full-blast, but the rain has taken a back seat. As we gaze into the weather crystal ball, a large, persistent ridge of high pressure across the central U.S. will keep waves of heat and humidity in place across the Midwest. Many days with afternoon high temperatures in the 90s are likely as we head deeper into mid to late July, with some extreme heat featuring temperatures in the upper 90s or lower 100s even on the table as we head into the second week of July.

As is common with a large ridge of high pressure in the summer months, organized precipitation events will be deflected northward up and around this ridge. The question then becomes, does the ridge pivot or migrate as we head deeper into July? This would still keep us in a rather hot pattern, on the periphery of the heat across the central U.S., but would transition us into a pattern that featured more regularly doses of precipitation as thunderstorm clusters ride over the top of the ridge and then dive into the Midwest. For now, this seems like a possibility, not a given.

For that reason, I’m calling for a July 2020 that is hotter and drier than average in Champaign-Urbana. I think the first half of the month will be very hot and dry across Central Illinois with localized drought issues beginning to crop up. As we head into late July, precipitation becomes a bit more uncertain. It’s possible, and there is some suggestion in our long-range weather models that we’ll see that ridge pivot/migration that tosses a few of those heavy-rainfall events our way but it’s far too uncertain at this range to get excited about.

For now, air conditioners and kiddy pools will be working overtime.