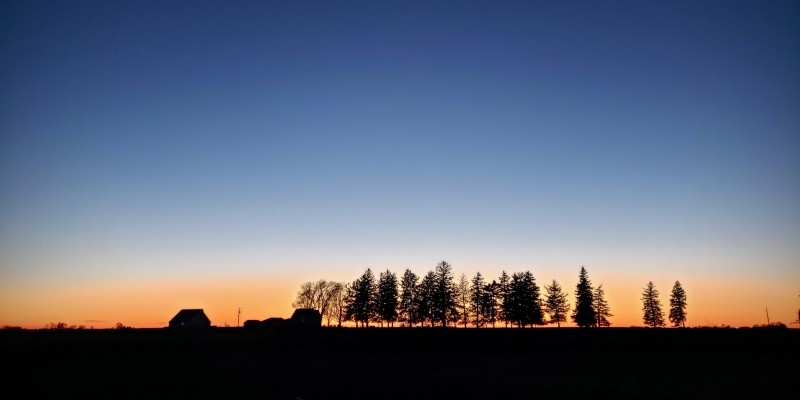 Welcome to meteorological winter, which began December 1st! November 2020 certainly felt like one of the more tolerable Novembers that we’ve experienced in Central Illinois in recent memory. After several consecutive years of early arriving snow and frigid air, a warm and dry November gave us an extension on enjoying the outdoors this fall. Shoot, I was even digging in our garden and getting a headstart on next spring on the final Sunday of November this year. Regardless of what awaits, winter 2020-2021 should hopefully feel a little less long and unending as the past few have felt by the time February and March rolled around.

Forget snow this November, summer just was not ready to depart. The first 10 days of November featured temperatures that were 10 to 20 degrees warmer than average. Record high temperatures were set on November 8th and 9th as afternoon temperatures soared to near 80-degrees. Several cold fronts did sweep through, delivering temporary chills to Central Illinois, but the pattern would eventually revert back to this milder, dry regime that we’re still locked into as we head into the first week of December.

The week following our record warmth with temperatures near 80-degrees, we saw our overnights tumbling into the 20s. Wintery vibes were never able to take over though as another ridge of high pressure allowed temperatures that were 10 to 20 degrees warmer than average to return to the Midwest. The final 10 days of November featured mostly days with high temperatures in the mid-upper 40s which felt a little more seasonally appropriate but were still several degrees warmer than the average for this time of year.

November 2020 finishes with an official average temperature of 46.0 degrees in Champaign-Urbana, which was 4.7 degrees warmer than the average.

My prediction for November at the end of October was indeed for warmer conditions, but I also called for an increasingly active storm track and above-average precipitation. While an active storm track did establish itself at times across the Ohio River Valley, we were missed to the south by heavier, soaking rains that fell over Southern Illinois. As such, even with six out of the final nine days in November featuring rain we finished with a monthly total of 2.29″, well below the monthly average of 3.68″. The Interstate 72 corridor from Springfield to Champaign continues to be one of the driest regions in the state of Illinois over the last several months.

While 2017, ’18, and ’19 all brought accumulating snow to C-U in November, it wasn’t meant to be in 2020, and I’m okay with it. Let’s do tolerable, dry weather in November so we can all enjoy crunchy leaf season and then cram all the snow we can into December, January, and February. And then we thaw in March, right? In an ideal world, perhaps!

So what does the rest of December look like? For now, more mild and dry weather. Of course it is the first week of December, so mild becomes a relative term. Expect a lot of sunny days with highs in the 40s and lows in the 20s into mid-December. Mid-month things become… interesting.

The jet stream often snaps out of these blocked, quiet patterns in dramatic fashion. Indeed, as we peer into the weather computer model crystal ball a very active pattern is being advertised across the central U.S. perhaps with its crosshairs on us in the Midwest. This is where clarity ends, however. We’re likely to turn more active across the Midwest, but what that means for us specifically in Champaign-Urbana isn’t yet clear. A southerly storm track could mean we finally see our first accumulating snow in the Twin Cities, but a more northerly track would mean a muddy, rainy holiday season.

My prediction for December in Champaign-Urbana is for a month that closes slightly warmer than average, with near-average precipitation. For context, the average monthly temperature in Champaign-Urbana is 28 degrees, and the average monthly precipitation is 2.73″ with an average snowfall of 6.6″. I think we get there with a dry, mild pattern lingering until around December 10-12, with a transition to a colder-at-times pattern that should send at least a couple of storm systems our way, bringing rain, snow, or perhaps the whole wintry sha-bang in mid to late December.