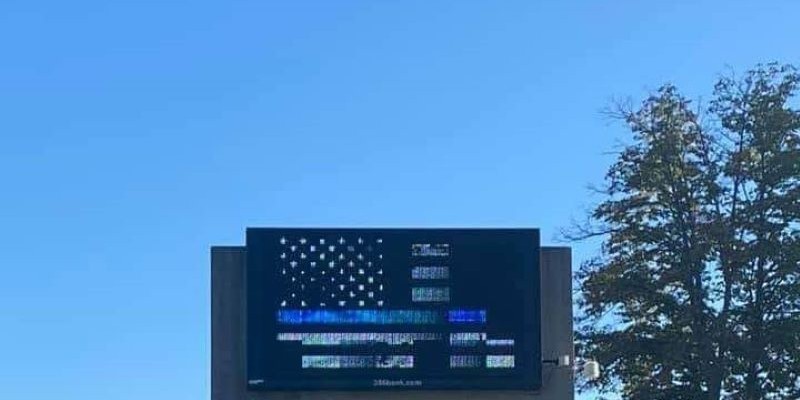 Now is the time prevent voter intimidation and authoritarian disinformation about the upcoming election. We need to counter rumors about mail-in votes being fraudulent and support in-person voters to have a smooth experience. The Movement for Black Lives and Showing Up for Racial Justice are part of a united front effort with hundreds of other mass-member organizations to ensure free and fair elections, and support voter turnout. Protecting the rights of people to vote in-person on November 3rd means thousands of people signing on for different roles. Please commit to one of the calls to action below.

Speak up about “blue lives”

The “blue lives” flag is used by some as a sign to honor police officers who have been killed. However, looking at history, the “blue line” concept and imagery has come though explicitly racist roots (first, L.A. Police Chief William Parker in the 1950s, then re-invigorated by UMich student Jacob Barton as a reaction to the Black Lives Matter movement). So, it can easily be read as not so much about supporting police as an explicit counter-protest to Black Lives Matter.

In general: when we are told that we’ve caused harm, it can be very helpful to know that the person talking is probably not paying much attention to your intent, but is speaking the the harm they are experiencing. If we can listen to what’s happening to them, instead getting defensive, everyone could be better off.

This also means that, when we’re telling someone about harm they are causing, it can be strategically helpful (though not always our option) to find a way to affirm their intent, so that they are less focused on being defensive, and more able to listen, and more likely to change their behavior in the ways we want to see.

In specific: though there are flagrant exceptions, many people who use a “blue lives” flag in our community are ignorant of its history, and use it with intent to support family or friends and their concept of service, seeing any push back as against their loved ones. In a time where the president is active inviting division that feeds racism, it is the role of while folks to approach the people and groups who use this flag and call them into alignment with WHOLE community values. It’s easy to imagine wanting to support people you care about. Affirm that as a principle. But, then, let them know that it doesn’t read “merely” as showing support for police officers who may be family, but is used by groups and individuals who are explicitly involved in white power. Invite them to another way of thinking about it. Make the contact so that BIPOC folks don’t have to.

Until we are all free,

See more options on our Calls to Action page

Election Defenders will be working to provide safe supports for voting (such as PPE and water), and election and voter defense, de-escalating right-wing intimidation tactics and signaling to a network of groups and lawyers if and where trouble breaks out.

Rodney Davis has introduced legislation to hire more police officers and raise salaries. Police are often called for jobs they are not trained for (mental health crises, domestic violence, neighbor disputes). Couldn’t that money be used for community programs that address those issues? Tell him how you feel. Call 217-403-4690  or send a message: https://rodneydavis.house.gov/contact/

Show up this week

#endwhitsilence: Turn out the Vote and Defend Fair Elections

Stand in front of the Champaign City Building with signs that include #EndWhiteSilence as demonstration of our ongoing commitment to racial justice, and to encourage the public to join in our calls to action.

We also encourage you to: