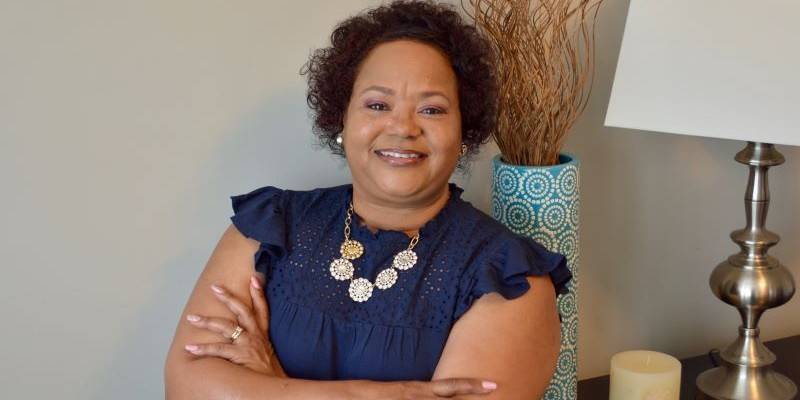 Trina Wright-Dixon is the newest board chair for the Community Foundation of East Central Illinois, “a publicly-supported 501(c)(3) tax-exempt philanthropic organization created in 1972 to encourage and receive contributions establishing endowments for the long-term benefit of east central Illinois.” An important role for anyone, but her appointment comes with the additional honor of being the first Black chair of the Board of Trustees in the 48 years the foundation has been around.

Wright-Dixon is a teaching professor in the Department of Communication, and she specializes in three different areas: organizational, intercultural, and interpersonal communications. “What I focus on the most is intersectionality in the workplace…I look at race, class and gender. I look at how individuals, specifically women, are socialized into positions.” Wright-Dixon spent eight years at the University of Illinois, briefly moved to California where she and her husband worked for UCLA, then came back to U of I in 2014.

Her colleague, the late Tom Costello, initially brought her to the foundation. She decided to sign on as a way to become more involved with the Champaign-Urbana community, something that didn’t happen during her first stint at U of I. “I knew nothing about Champaign. I really had a hard time, after my children were born. People kept telling me ‘this is such a wonderful place’…I didn’t see it.” As a mother raising two Black boys, she didn’t see where she might fit in. Working in a predominantly white space, attending a predominantly white church, socializing in a predominantly white “mommies” group, “as a woman of color, I had a hard time trying to find my way.” However, despite being a self-described “California girl,” she missed C-U during her time out West, and how the pace of the community afforded her more time with her family. “We went to the park a lot, we were able to have transition time from picking them up to dinner.” Upon moving back, she was determined to take on a more active role in learning about the community, and resolved to embed herself more fully, and become actively involved in finding her place. “Even in places where maybe I’m not accepted I’m still going to go in there and be involved as much as I can. I’m not going to allow myself to be muted. I’m not going to allow myself not to be seen.” Becoming a part of CFECI is one way she’s making her voice heard.

Becoming the first Black board chair of a foundation that’s been around as long as CFECI is fairly momentous, and is indicative of an organization that is looking to tap into underrepresented populations. As Wright-Dixon says, “I’ve heard others say [in reference to CFECI] that it’s old white money.” However, she is seeing positive change beyond her appointment to the head of the board. She was encouraged by their statement of inclusiveness amidst the calls for justice this summer, and she’s excited about a board that’s diversifying. “What I love about the foundation is that they do not stay stagnant. They are constantly trying to thrive and grow and change. It’s not an organization that’s going to stay the same.

As a board member, Wright-Dixon spent time on the grants committee, and had an inside look at how the foundation is able to support small yet significant organizations in the community, and how the assistance they get from grants is helping them thrive. It’s clear her passion lies in learning, and she’s learned a lot in her time at CFECI, particularly from Executive Director Joan Dixon. “She knows so much…being able to learn from her how boards can function better, and how we stay a strong foundation ourselves in order to give to others.”

That giving is even more important now, as we navigate the effects a global pandemic is having on our community. The foundation partnered with United Way back in March to create the COVID-19 Relief Fund. In the past several months, throught the donations they’ve received, they’ve been able to give grants to local organizations providing housing assistance, home learning, supplies, technology assistance, food assistance, and more. “For me it’s about…how do we make this world better? We can’t wave a magic wand and make it all go away, but we can try.”