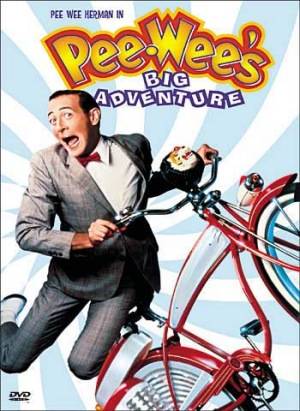 The 11th Annual Roger Ebert’s Film Festival 2009 is coming to town this week, and if you are not able to afford tickets, obtain tickets or like me aren’t interested in the films, here’s an alternative. Cycling on the Cheap’s First Annual Bike Film Fest features films that you can get cheap or free locally and can help you avoid the lines.

Breaking Away is the tale of a Bloomington, Indiana, college bike race that is invaded by townies, known as cutters. This movie is based on a real event at Indiana University called the Little 500. Having lived in Indiana for a year and experienced DePauw University’s version of a similar race, they do take their bike racing seriously in Indiana. It is available at Champaign Public Library or through interlibrary loan.

American Flyers is a movie about two brothers, one a former top national team racer and his slacker brother from St. Louis, who decide to race in Colorado’s “Hell of the West,” which in real life was the now-defunct Coors Classic. One of the brothers has a rare inherited brain disease and is dying, but which brother is it? Watch and find out. It is available at the Marshall Public Library and can be obtained through interlibrary loan or That’s Rentertainment.

The world’s most famous bicycle race, Le Tour de France, celebrated its 100th year in 2003 and the film records that year of the race through the pain and suffering of the riders of the German team, Telecom. If you ever wanted to know what goes on behind the scenes of the Tour, this film is the one you want to see. In German and French with English subtitles. Available at Champaign Public Library, through interlibrary loan and That’s Rentertainment.

One Less Car is a celebration of the 40,000 New Yorkers who regularly commute by bicycle in comparison to the one million who commute by car. It’s a short fun film, although my only thought is that it must be incredibly safe to ride a bike in New York City, since most of the cyclists in the movie are not wearing a helmet. It can be viewed online on the One Less Car website.

This film is about a young man who moves from the country and obtains a job as a bike messenger in the city. His company-issued bike, which he pays for out of his wages, is stolen and he has to go search for it. You will tend to see a trend here with bike movies and bikes being stolen in them. Available at That’s Rentertainment, Urbana Free Library, or interlibrary loan.

A short documentary follows S.C.A.B. (Skids Creating Apocalyptic Bicycles), which uses bike trash nabbed from the rough and tough Madison, Wisconsin, streets to build unique bicycles. They build “bikes” that combine scrap Huffies and Roadmasters that are welded, screwed and glued together using common tools. S.C.A.B. exists to protest the impact of cars, the encroachment of modern society, and consumerism on the earth. “It’s an experiment in phenomenology,” S.C.A.B. co-founder Michael Spelman remarks in the film, “but it’s also nice to piss off cars.” It was a feature film of a recent Bike Project staff party and once you watch it, you will know why the Bike Project needs to purchase a gas mask. Just make sure you pronounce it carefully to avoid strange stares from your friends. Available at That’s Rentertainment.

This is a film based on the true story of Scottish cyclist Graeme Obree, who in 1993 broke the world one-hour record on a bike he designed and built. He constructed it out of old frames, scrap metal and parts of a washing machine. Yes, a washing machine. Maybe he saw Pedalphiles! The one hour record is where a cyclist rides as far as he can in one hour on a track. His record was beaten just one week later, although he regained it the next year. It is available at many movie rental stores.

The love of Pee-wee Herman’s life is his bicycle, which of course is stolen, and he goes on a whimsical adventure cross the country to recover it. At least he didn’t become a bike messenger in the process. Most of us are old enough to know about the rise and fall of Paul “Pee Wee Herman” Reubens. That knowledge will add additional amusement in watching it. For all you young hipsters who don’t know, Google it! This is a very fun movie as opposed to some of the other, more depressing bike theft movies on the list. It is available at the Urbana Free Library, through interlibrary loan or That’s Rentertainment.

What happens when you lose millions and your job as a stock broker? You become a bike messenger, of course. This film has great stunt shots of cycling in traffic and features fixed gear bicycles and bike messengers before they were cool. Plus it features Kevin Bacon. Available at That’s Rentertainment.

A post-World War II Italian film that tells the story of a man who tries to find his stolen bicycle, which he needs for his job. Heard that plot before on this list? Well, this film is the original. It is a sad and emotional film which captures the images of a country recovering from the destruction of war and is considered a film classic. It is available at Champaign Public Library, through interlibrary loan or at That’s Rentertainment.

There you have it, the Cycling on the Cheap First Annual Bike Film Fest. The titles were selected based on availability locally and free if possible. I intentionally included videos that were available at That’s Rentertainment, due to their intentionally stocking cycling films and their support for bicycle advocacy in Champaign-Urbana.