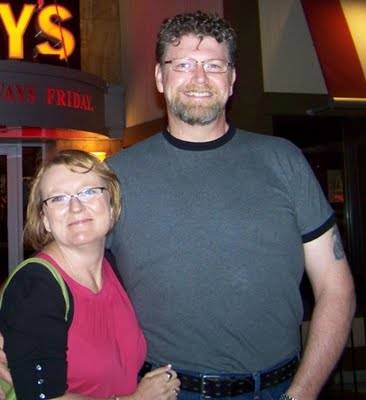 Food obsession often leads to weight gain, but in the case of local food blogger Scott Koeneman, it did just the opposite.

Perhaps better known by his moniker and the title of his blog, “Fight the Fat Foodie,” Koeneman’s food obsession developed in response to a desire to improve his health.

Soon after his mother died of a heart attack in November 2005, Koeneman found himself in the doctor’s office receiving medication for high blood pressure, high cholesterol and above normal blood sugar; at the time, Koeneman was taking three to four medications daily to sustain his life, and he weighed about 350 pounds. It was clear that something needed to change, he said, so he and his wife Nancy set out to improve their diets as a team.

With the help of Weight Watchers, books like Harold McGee’s “On Food and Cooking,” and vendors at local farmers’ markets in Champaign and Urbana, the Koenemans began to educate themselves about the food they were consuming. During the same time, Nancy, who had until then tackled the majority of the cooking, took a job and began working later hours. This “forced” the all-too-eager Scott to assume the role of head chef.

“It was the combination of wanting to eat healthier and of being in the position that if I wanted to eat, I needed to do the cooking myself that led to me getting started – and that quickly led to me getting obsessed,” Koeneman said. “It is my kitchen now.”

Until then, Koeneman’s only formal cooking education had come from a high school “Foods” class ― and his motivations at that time weren’t quite the same.

“I took a cooking class in high school for two reasons – one, it meant that I got to eat in the middle of the day,” Koeneman said, “and two, I was one of a few boys in a class full of girls.”

Koeneman said that because he grew up in a family of six kids, he was not expected to be in the kitchen as a child.

“The girls were in the kitchen; as a boy, I was expected to be working in the yard,” Koeneman said. “It wasn’t until much later in life that I started exploring cooking for myself.”

Koeneman started writing his blog, fightthefatfoodie.blogspot.com, a year and a half ago.

“I started by just telling friends about what I was cooking…I would get excited, take a picture with my phone of the food I had made and post it on Facebook,” Koeneman said. “Then I started the blog [formally], and now I’m obsessed.”

Nancy said she has no complaints.

“I love the blog, in that Scott cooks and that he likes to cook. For me, cooking is a job to do ― it is a chore ― for Scott, it is a pleasure,” she said. “And by blogging about it, he is reaching out a lot to people ― people who are trying to eat healthy. A lot of people don’t realize that they can eat healthy and [the food] can still taste good.”

Koeneman said that though he was, and still is, working full-time for the University of Illinois at Urbana-Champaign, he was posting to his blog five times a week at its onset.

“These are my own recipes that I am posting … I am coming up with them, cooking them, photographing them, and then doing the research to figure out the nutritional information in each one,” Koeneman said. “In the beginning, I would be up until midnight or 1 a.m. writing for the next day’s post nearly every night.”

But living a double life caught up with the 47-year-old.

“I couldn’t keep up,” Koeneman said. “Now I’m only posting every couple of weeks; one post a week is my new goal.”

Koeneman approached his blog from the perspective of a man who loves to eat fatty foods, unwilling to give up his favorite dishes for the sake of a diet.

“You go on a diet, and then you’re off a diet because you gave up stuff and you miss it … pretty soon you get sick of giving stuff up, you fall off the wagon and then you’re off for good,” Koeneman said.  “Having discovered this about myself when I started losing weight, I was trying to figure out how I could have the foods I loved and still be healthy. It is so easy, once you learn the basic rules of doing it.”

So Koeneman began to “healthify” the comfort food classics of his childhood. One of his first priorities was reworking a recipe for biscuits and sausage gravy.

Koeneman’s recipe uses whole wheat biscuits that are not made with lard; half as much sausage as the original recipe; sliced mushrooms; and a corn starch and skim milk mixture to thicken the gravy instead of the traditional flour and butter roux.

“You are making some sacrifices when you make a recipe healthier, but it makes such a difference in what you are eating that you don’t mind the minor difference in taste,” Koeneman said. “But my goal is to make the healthier dish taste the same as the original.”

So far, cooking light has proved to be an effective weight loss technique for the Koenemans; Scott has lost about 150 pounds since 2005 and Nancy has dropped 25.

Though Koeneman has re-imagined many dishes from his childhood, some of his favorite childhood food memories just aren’t meant to be fussed with. Koeneman said that his mother’s spaghetti sauce will forever be a mystery because she never wrote down the recipe.

“My mom would spend three days cooking the sauce on the stove … and with red sauce especially, the longer it cooks, the better it will be,” he said. “The house would fill with the smell of it. I would sneak into the kitchen and stick my fingers in to get a fingerful because it was so damn good.”

Koeneman said that when he was growing up, every big thing that happened revolved around food.

“On birthdays, everybody was always at the dinner table … and dinner was in the dining room, not in the living room around a coffee table,” he said. “One of the big things was getting to eat exactly what you wanted for your birthday dinner.”

Koeneman said he requested his mom’s spaghetti as his birthday meal every year except one, and the off-year’s overcooked hamburgers made him regret his choice immediately.

“We are a ‘clean your plate’ family, but I could not bring myself to swallow those burgers,” Koeneman said. “Everyone else wound up being excused from the table and I was still sitting there, trying to put down this hockey puck of a burger. It was terrible.”

Koeneman grew up with his mother’s “food equals love” mentality, in which eating seconds and thirds was encouraged, but he now keeps his food-related behavior in check with his own family and friends.

“I am like my mom in that food equals love … not only is it a creative outlet for me ― the only one I’ve ever been good at, for that matter ― it is my way of giving to others,” Koeneman said. “But I am always making sure that I’m not pushing it on people. That’s what my mom did, and that was one of the reasons I had weight issues.”

“Generally, the stuff Scott makes is very good…and if something is bad, we all agree that it is a clinker,” Nancy said. “The other night he made something so spicy that Quinn and I couldn’t eat it.”

Koeneman said his two favorite types of cooking are Italian and Mexican. He is currently “dabbling” in Indian and Asian food, but said that he can’t get the flavor profile exactly where he wants it.

“Indian food is great about mixing spices, but there may be 20 spices in one recipe,” Koeneman said. “It is tough for a home cook to do.”

Koeneman frequents the international grocery store, World Harvest, on University Ave. to buy his ingredients for international dishes. In an effort to support local growers, he and Nancy also buy from the Urbana farmers’ market, Market at the Square.

“We started going to the farmers’ market about two years ago during the summer,” Koeneman said. “We try to go every week to at least one, if not the Urbana one.”

“[Nancy and I have] a routine on Saturdays ― we go to the farmers’ market, then the food co-op, then Art Mart. We stop for a snack there and then go to World Harvest,” he said. “God forbid there is a wine tasting we want to check out in the afternoon ― we’ll be busy all day.)

Koeneman is used to altering vegetable prep, thanks to his mother’s traditional ’50s era cooking.

“My mother’s cooking was very ‘meat and potatoes,'” Koeneman said. “If you served a vegetable, you cooked the living hell out of it, and doused it in butter or cheese.”

Koeneman noted that though he couldn’t stand asparagus as a child, he now loves it.

“My mother cooked things wrong,” he said. “What I thought was asparagus was cooked too much and unseasoned.”

Koeneman makes it a point to incorporate fresh vegetables, cooked “right,” into many of his recipes, and especially into cheese- and pasta-heavy Italian dishes.

Koeneman walked around the Urbana farmers’ market on Saturday, June 18, to buy ingredients for his Pasta Primavera recipe, which he cooked for his family that following Sunday.