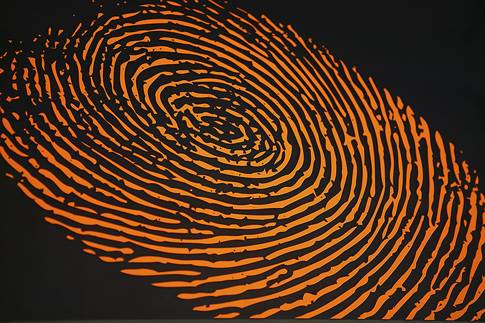 The “Secure Communities” program being adopted in local counties across the United States has already caused much controversy in its short history. The implementation of Secure Communities by Champaign County Sheriff Dan Walsh has brought great distraught to several families in Champaign and Urbana. Pressure is mounting for communities to abandon this program.

Secure Communities was initiated under the Bush administration in 2008, but has been continued by President Obama. Despite adopting the campaign slogan “Yes We Can” (or “Si Se Puede”) first made popular by César Chávez and the United Farm Workers, Obama has deported one million immigrants since entering office. Secure Communities has two objectives: to send fingerprints of immigrant arrestees in local jails to Immigration and Customs Enforcement (ICE), and to place an immediate 48 hour “hold” on detainees for ICE to determine if they want to obtain them for deportation proceedings.

The original intent of Secure Communities was to target criminals who were the “worst of the worst,” but according to a report by the Illinois Coalition for Immigrant and Refugee Rights (ICIRR) put out earlier this year based on ICE’s own statistics, more than three-quarters (77%) of those arrested by ICE through Secure Communities had no previous conviction.

Secure Communities made national headlines when a story ran in the New York Times, titled “Documents Reveal Pressure to Comply with Program to Deport Immigrants” (3/26/2011), exposing plans to force Secure Communities into Chicago, where there is a sanctuary ordinance. Secure Communities was being moved into in the collar counties surrounding Cook County to conduct what one ICE official called a “full court press” pressuring Chicago to go along with the program. Quinn placed an immediate freeze on the program in Illinois so that no more counties could join. New York and Massachusetts followed soon after.

By this time, Champaign County Sheriff Dan Walsh had already signed up for Secure Communities. According to documents obtained by a research group looking into the program locally, Captain Tim Voges attended a brief 15-minute meeting on August 25, 2010 where ICE representatives introduced the program. “Post 9-11,” Voges reported, “the federal government had identified a breakdown in communications between the local law enforcement community and the federal authorities.”  According to an email sent out by Voges, as of October 4, 2010 the Sheriff’s department was now “on-line” so that all future arrestee fingerprints would be sent to ICE.

The Sheriff clandestinely adopted this controversial program, failing to notify the Champaign County Board or seek its approval. Our research group spoke with the Public Defender’s office and several local attorneys, but none of them had heard anything about it. Apparently, even the Sheriff’s office lacks a basic understanding. When our group took a tour of the satellite jail this last March, Sergeant M.K. Johnson told us it was 72 hours, not 48, that he was required to keep individuals.

The way Secure Communities is supposed to work, anyone suspected of being an undocumented immigrant has an automatic hold placed on them when they are booked into the jail. Their fingerprints are sent off to ICE for a background check. Immigration then has 48 work hours to come pick the person up if they want them. If they do not arrive, the individual is to be released. Since our research group has convened, we have identified three cases that illustrate how Secure Communities has been loosely practiced in Champaign County.

The first is the story of Juan Mendez [all names withheld] who claims he was mistakenly identified as being involved in a fight in Champaign. A group of guys had been in the fight, one of them also named Juan, who later left. Juan Mendez says he joined the group after the incident. When police arrived, they were looking for a “Juan,” and they arrested him. After being booked, he was told he had a federal hold placed on him. He says he was threatened with deportation if he posted bond. He subsequently spent four months in the county jail. He finally took a plea bargain. His lengthy stay at the jail was a significant cost to Champaign County taxpayers, not to mention a serious violation of his civil and human rights.

The second story is of Alonzo, who was arrested one Saturday for a DUI. Born in Mexico, he was brought to the United States when he was four years old and has never been back to his country of origin. Now 22, he grew up in Urbana, went to Urbana High School, and has a one year-old daughter with an African American girlfriend who also grew up locally. Alonzo says he was also told that if he posted bond he would be picked up by immigration authorities. His family was conflicted, but went the following Thursday to pay bail. They had to wait an additional 48 hours, excluding the weekend. He was set to be released on Monday afternoon. During this period, the family was terribly frightened that Alonzo was going to be taken away. On Monday morning, at approximately 10:30 a.m., Alonzo was picked up by ICE and transported to their holding facility at the Jefferson County jail. He was twice transported back and forth to Chicago. He was finally released that Thursday after posting bond and returned home to his family.

The most recent case is of Maria, a single mother of two boys, 8 and 18 years old. On Saturday afternoon, September 10, 2011, she was on the way to pick up one of her sons from soccer practice when she accidentally rear-ended a car at the four-way stop at Race and Windsor. Although there was no damage to the cars, Urbana police were called. Officers Elizabeth Ranck and Brian Willfong responded, and Sergeant Adam Chacon later showed up to serve as a translator. Maria says she asked police to call her son, but was denied. She was arrested and booked at the county jail where her fingerprints were sent to ICE. When she was told there was a federal hold, she planned for deportation.

I received a call about Maria the following Wednesday afternoon. A judge had agreed to have her released on her own recognizance. It had been more than 48 hours, ICE had not arrived for her, and yet she was still being held in the jail.

I called now Lieutenant Johnson at the jail. I explained that Maria’s 48 hours had expired. “This is new to me too,” Johnson replied. He was prepared to hold her indefinitely until ICE showed up. I told him he was subjecting Champaign County taxpayers to a potential law suit. He agreed to take my number and call back.

I got a call from Sheriff Walsh himself about 30 minutes later. “I want to thank you,” he said. I asked if he understood how the 48 hour hold was supposed to work. “Mistakes happen,” he told me. He agreed to release Maria after being processed.

Maria ran home in the rain from the satellite jail on Lierman in East Urbana to her apartment in Champaign. After four days in jail, she was finally home with her two boys who embraced her as she walked in the front door.

These few cases indicate that this program is only creating increasingly insecure communities throughout Champaign-Urbana. Other records show an increasing number of immigrant arrestees being held in the Champaign County jail. With the Sheriff now stumping for an expansion of the satellite jail, we can guess that the new bed space will be used to hold local immigrants.