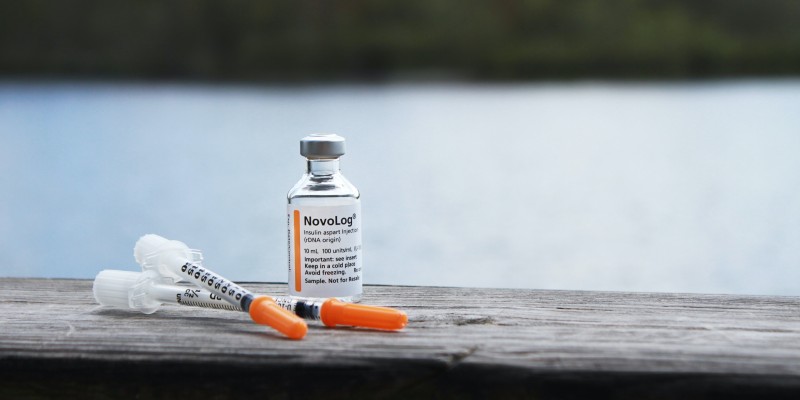 In the last two weeks, the New York Times, University of Illinois, and Smile Politely have reported on the astonishing breakthrough made in curing Type 1 diabetes. The stories discuss Dr. Melton: U of I grad, and founder and co-director of the Harvard Stem Cell Institute. The story is heartwarming, true: brilliant, driven scientist searches for a cure for his sick children.

The only reason you want to fix me is because you’re not willing to fix a system that makes me the problem. It is unsurprising, then, that when I say, I don’t want to be cured, I’m not interested in a cure, I am shouted down. How could I possible like the life I lead, with all its blood and needles? […] But I never wanted your pity, your judgement, and I certainly never agree to rent out my life for $290 a vial –– neither did I ever want to be cured of my life. I refuse to participate in the spectacle of curing the world of diabetes, because my body was never the problem.

Reading my essay now, something seems off. Dr. Melton doesn’t strike me as the “refuse to fix an unfixable problem” kind of guy. There’s context missing –– either for me, or for those who say my life is a pity.

In trying to understand his story, I went back to the beginning. Dr. Melton graduated from the University of Illinois Urbana-Champaign in 1975, but didn’t begin his work towards the cure for diabetes until the early ‘90s. Until 1996, the mechanisms of diabetes management were NPH and R insulins. There were no continuous glucose monitors, no insulin pumps available. Humalog, Novolog, Lantus, Levemir, Basaglar, Tresiba –– so many insulins had not yet hit the market, and would not for several decades.

Pre-‘96 diabetes management was difficult in a manner I am only now beginning to respect. Diabetics relied on NPH and R insulins to stabilize and treat blood sugar. Both insulins are notoriously difficult to work with. They cling to the body like leftover cooking oil. They have significant “peaks,” which means there are points after the injection when the insulin is more potent, and times when it’s less potent; the variation between, notable.

Unpredictable insulin potency meant even an hour could cause a medical emergency. Imagine being an adult with the sort of regimented schedule we create for children in schools. Imagine that any deviation from that schedule wasn’t laziness or frivolity, it was real danger. Imagine hitting traffic, or a waitress dropping your order, or the commuter being delayed.

Imagine how many times you lose an hour.

Looking for a cure makes sense under those conditions. NPH and R insulins exacerbate our lonely circumstances. Diabetes has always been a social disease because of its connection to food. Mealtime restrictions make it a lonely disease. Inflexible schedules make us seem unwilling or aloof when we hit the critical mass of declined social invitations. Within this frame, a scientist father’s desire to cure his children of an isolating disease makes sense.

But many of us don’t use these insulins. I don’t; I haven’t since 2003 when I briefly stood on NPH’s unsteady, rocky baseline. Instead, I use Humalog. Humalog activates within twenty-ish minutes of injection, and only lasts for four hours. It’s a cleaner insulin to use, like water poured from a pitcher. Today, most insulin-dependent diabetics rely on Humalog, Novolog, or Apidra for part of their management regimen.

When Humalog became available in 1996, Dr. Melton had been working on a cure for diabetes for several years. It is impossible to oversell the importance of Humalog’s market-launch in diabetes management. The possibility for normalcy solidified, and it had nothing to do with curing this disease. From the first day as a diabetic, I have been able to eat carbohydrate-rich foods like potatoes, pineapple, yams. I have the option of switching to an all-vegetarian diet if I wish. I can skip a meal if I’m not hungry. I can switch up my daily routine and travel, sleep in, go for an afternoon run. The sheer breadth of choice that Humalog offered is staggering.

Humalog gave us the flexibility NPH and R make precarious. Today, there are over a dozen types of insulin used to treat diabetes. Analog insulins offer greater stability and consequently, greater precision than their predecessors.

My generation of diabetics thinks about this disease differently. We’ve never known a world without Humalog, Lantus, and the normalcy they promise. You can see it sprinkled over our #NationalDiabetesAwarenessMonth posts: snipes about how we can eat cookies, pop, pizza. We forget, these aspects of our culture weren’t available to us before ’96.

Everywhere I look, I see wishes that this horrid disease will be cured one day. “The cure” rhetoric forces us into awful stories you tell, stories that make you pity, fear, or laugh at us. You only want to cure things that are unpleasant, so you make diabetes unpleasant. Constantly. The only representations of our lived existence are those that serve agendas like Dr. Melton’s. And make no mistake: Dr. Melton has an agenda. He founded the Harvard Stem Cell Institute which endeavors to cure the world of noncommunicable diseases like diabetes.

A cure for diabetes would be wonderful, this I don’t dispute. But one in four diabetics in the country ration their insulin and supplies because the pharmaceutical and private health insurance industries have unchecked power. Humalog was $20 in ’96; today, it’s $300 despite being the exact same medication. Legislation to fix this problem has no teeth: the Illinois Insulin Copay Cap law, active earlier this year, failed to adjust insulin costs for 80% of the state’s population. The Build Back Better bill fails to include any provisions to cap insulin costs for 28 million uninsured Americans.

If you know more than four diabetics, chances are one is rationing. They are skipping and restricting doses, reusing broken needles, skipping meals, and developing disordered eating habits to try to stay alive. You’ve now lived through watching a vaccine’s rapid development; are you willing to risk your diabetics’ lives waiting for a cure?

Reading success stories like Dr. Melton’s are exhausting because they remind me that there is brilliance devoted to fixing me rather than letting me live. Perhaps Dr. Melton’s goal of curing diabetes was commendable in the early ‘90s, but I’m not so sure it’s commendable today. What of the millions of us committing self-harm to survive? A more commendable goal than curing diabetes is ensuring we can access our insulin. Help us survive so we’re around for a cure.