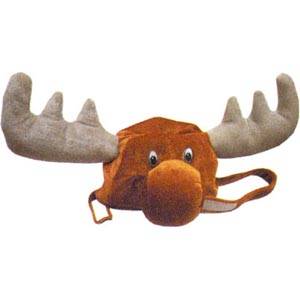 One doesn’t normally think of Amish and Old Order Mennonites as being exceptionally mission-oriented. After all, one of the defining characteristics of these groups is that they choose to intentionally separate themselves from the world. Plus, you never see any Amish preachers on the quad, scolding students and telling them they need to become Amish right now or risk eternal damnation.

And yet, reducing the Christian “mission” to conversion of heretics is not what Jesus had in mind. Perhaps it is because Amish and Mennonites place such great emphasis on the Bible, and specifically on the Sermon on the Mount, that they see the mission of Christians to be one of servitude, not domination. Even though they feel the need to separate themselves from the world in order to remain faithful, these religious groups do not feel relieved of the duty to engage in charity and service to the wider world.

This is partially how, on a bitterly cold Saturday morning in February, I found myself just outside Arthur, Illinois, in a large, anonymous metal building, sorting a mountain of clothes to be shipped overseas. A number of Amish and Mennonite churches in that area have for years been sending clothes to those in need via Christian Aid Ministries, an aid organization supported mainly by Amish and Conservative Mennonites.

I must differentiate here between Conservative Mennonites and, uh, well, the “regular” Mennonites at my church here in Urbana. We are “regular” in that we are wholly assimilated into American culture, albeit with our weird commitment to non-violence. Of course, from the Conservative Mennonite perspective, they are the regular Mennonites and we are the secularized, city Mennonites. Numbers matter though, so our being more like everyone else in America allows us to win in a contest of “regular,” even if we probably lose in a contest of faithfulness.

Nonetheless, in spite of our backsliding, we do hold onto our values in the arena of service projects. As such, we brought our church youth group down to help out with the clothes sorting project. All we knew was that the clothes were to go to some country in Central Asia. No one was quite sure where, exactly. Tajikistan was mentioned as a possibility.

But as usually happens when engaging in service, we learned as much about ourselves as we did about others. This project’s lesson was: clothes reflect culture. It’s not terribly original to note that clothes are a product of culture, and yet, it is not often that you get to see cultures clash in such a tactile way.

On one side of the building was a mountain of plastic bags, each stuffed with old, used clothes.  They reached up halfway to the 30 feet ceiling, requiring our youth to scale up to throw down the bags, which they did with relish. The clothes came from Goodwill and similar places, which means they are the end of the line of American fashion, cast-offs even from charity.

The plastic bags were emptied onto big wagons, where the sorting process took place. After appropriate clothes were identified, they were put into bags, smushed by an industrial press to reduce their volume, and then placed on huge pallets to be shipped overseas.

But it’s the sorting that caused the culture clash. Our Amish leaders told us what was allowed to go and what wasn’t, and the rules often reflected poorly on us all.

For starters, no spaghetti string shirts and no immodest, low cut blouses of any kind. There is too great a chance that these would be offensive in the culture where they are going, so there’s no sense paying good money to ship culturally insensitive clothes. This rule also applies to shirts with logos and lettering on them.  So, perfectly good T-shirts that say “5th Annual Something and Something Bar Crawl” are rejected. If a low-cut blouse is offensive, a shirt commemorating the joy of drunkenness would be even more so.

One of my sorting compatriots offered me a “Nobody reads your blog” T-shirt, knowing it would be appropriate in my case. I returned the favor with a “Bald is sexy” T-shirt. It was clear after only a short time that the logo/lettering rule was a good one, and would be useful to apply not just to central Asia. If we were to keep score, American T-shirt culture would be awarded -1 cultural sensitivity points.

Unfortunately, the rule against culture insensitivity extended to women’s pants as well. This century-old symbol of women’s liberation is still not culturally appropriate in many places. Sadly, it’s not even appropriate with our hosts, whose plain dress I admire in many ways, but includes the banning of pants for women. Conservative culture: -1

No clothes were to be sent that were greater than XXL in size. These are simply not needed elsewhere because people in need tend not to be overweight. This caused more items than you would think to be discarded. American obesity: -1.

Clothes that are too frayed or too dirty were not sent. Common decency: +1.

Clothing that was entirely red could not be sent. Weird, arbitrary fashion: +1? We were told that in central Asia, red was the color of communism, and wearing it is like sporting gang colors. I looked this up on the web, and it looks like there are certain Islamic sects where men are not supposed to wear red, so that might explain it as well. I suppose not all sorting choices need to make sense. They are like fashion rules that way.

A smattering of Amish clothes occasionally appeared in the sort bin. Plain, sturdy, not red, no women’s pants. I’m starting to understand the attraction of this project for the good folks we are sorting with.

We came thinking our job was to send basic necessities to our neighbors on the other side of the world. All religions advocate for such a thing, after all. And yet, it seems there is nothing we can do that is devoid of cultural baggage. We end up sorting through American culture via our clothes, and another culture via the editing of our clothes.

And yet, here we are, in our best shabby Saturday afternoon work clothes, sorting through it all with our Mennonite brethren. It’s a bit surreal.  But despite our differences, we occasionally find ourselves laughing together, as when the sporadic moose hat with beer attachments surfaces from the pile. It is good to know that we can all agree on some things: there are some clothing items that no sane person should ever wear.