Or so you've been led to believe.

Kaine is only a Republican in ideology, which is unimportant. By label, he's a Democrat. And that's what counts.

Kaine is anti-abortion. He holds intense religious convictions. He opposes gay marriage. He's overseen numerous executions since taking office. He might recall Republicans you've met. But the important thing is the (D-Va) following his name.

As I wrote recently, parties don't believe in anything. They exist only to win elections.

Where "not believing in anything" is concerned, I should admit that I'm selling Tim Kaine short. Masterfully, he disagrees with all of his own positions as a matter of practice. He wants to keep Roe V. Wade. He opposes a Marriage Amendment. While the prisoners fry in Virginia's electric chair, Kaine will continue to oppose capital punishment.

This should satisfy everyone, right? Even if he does the thing you hate, at least he agrees with you that what he does is hateful.

Perhaps Kaine's positions will "evolve" when he no longer fears his imagined constituency. That's what happened to Al Gore, the conservative pro-life senator from Tennessee, who sought the Democrat's Presidential nomination in 1988. Or maybe Kaine will stick to his guns (and Bibles) — all the better to secure the Vice-Presidential nomination in 2012, assuming Joe Biden goes the way of Hannibal Hamlin (back north). 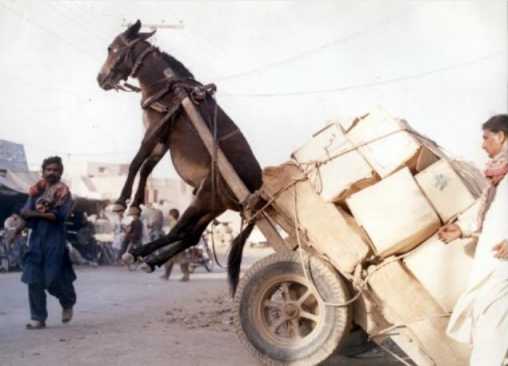 During the  Reagan Revolution's crusade against Roe V. Wade, the majority of pro-life congresspersons were Democrats. That included the Democratic representative for Champaign-Urbana, Terry Bruce. There's no shortage of anti-abortion Democrats in Illinois. We also have lots of pro-choice Republicans.

The Jims, our Republican governors, both favored a woman's Fallopian independence. But Glenn Poshard provided no relief for pro-choice voters leery of George Ryan. On the other hand, neither Rod Blagojevich nor Judy Baar Topinka sought dominion over your uterus.

In the current Illinois delegation, Judy Biggert and Mark Kirk are the pro-choice, progressive Republicans. Jerry Costello and Dan Lipinski are the anti-abortion, reactionary Democrats.

If so, one truth will remain: Party affiliation means nothing.

I spent New Year's Eve in the home of some people I barely know. (They threw a small party, and perhaps Heather and I were included in an invitation to mutual friends. Or maybe we just showed up. I'm not clear on this point.) At some point in the evening, my hostess confronted me in her kitchen, demanding to know my voting record. She had been told by one of our mutual friends that I was an Evil. I correctly answered a handful of questions, and was allowed to stay.

I'm always bemused by the hatred or adulation showered on members of one political party, but not the other. It's not as if the ideological lines have settled into clear, discernable or delineated divisions. In fact, the picture only becomes murkier as Rahm Emanuel reaches out to Bible-thumpers, while Whitman and Larry Wilkerson demand the return of their party from Bible-thumpers.

The age of politcal parties is over. They existed because voters had no access to information. Instead of communicating specific issue statements to voters, it was easier to stamp the imprimatur of party next to names on the ballot. That way, people could have some sense of the stakes, or reasons to vote.

For those who think the Evils are any different from the Righteous, I ask that you look at the actual ideologies of the actual members of the actual delegations. Ask yourself if you can glean any clear distinction. It's not that we need a third party, it's that we should stop bothering with parties. Instead, vote for candidates who agree with you on issues you care about — whether it's abortion, gays in the military or funding for a diplomatic mission to Neptune.

You might even go out and campaign for the issues you care about and the candidates who support them. If you only send money, know that it will be spent on a nasty television commercial. The leftovers in the war chest will be transferred to other candidates — including those diametrically opposed to you.

No matter whether you feed the elephant or the donkey, the end product will look and smell pretty much the same.

Our Opinion section seeks thoughtful, engaged, community writers to further perpetuate discussion about everything that makes Champaign-Urbana interesting and important. Click Contribute above to inquire further.