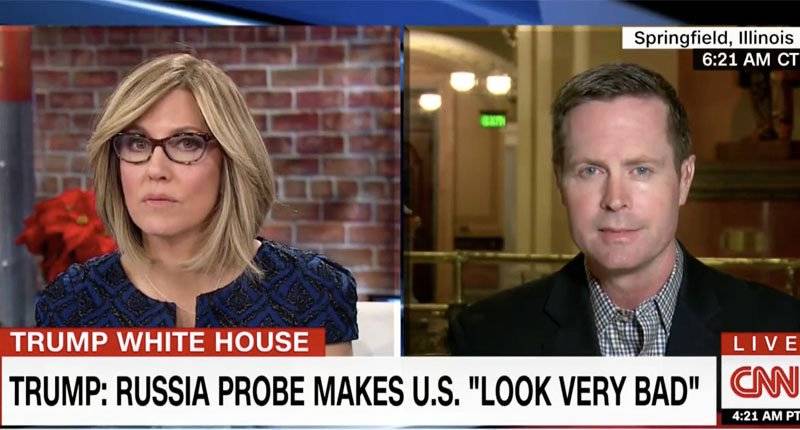 If you’ve cut the cord and no longer watch the 24-hour news networks; 1. you made the right choice, and 2. You’ve probably missed Congressman Rodney Davis embarrassing himself on various news programs the past few months. Here’s his latest:


I’m honestly not sure what the strategy is here. Who keeps putting Davis up to this? Is this some sort of hazing ritual that, once completed, means Davis will finally get invited to Mike Pence’s sleep-overs? Is this a trial by fire to help Davis get comfortable speaking on camera, or some sort of attempt at media training? When 2018 rolls around he’ll have been in office for 5 years. He’s been in politics almost his entire adult life. The guy is almost 50. How much more training/practice does he need? At this point trotting him out time and again only to be tripped up by the most basic questions seems cruel to Davis, and embarrassing for the people being represented by him.

It’s clear from these appearances that Rep. Davis’ command of the issues extends almost exclusively to the one or two talking points he’s able to memorize in the few minutes before he goes on air. From taxes, to healthcare, to the Russian investigation, it seems there’s nothing Davis cares enough about to make sure he’s able to answer simple questions on. That’s troubling, because these are not inconsequential matters. We need someone representing us in Congress that treats these issues with the seriousness they deserve. It’s painfully and embarrassingly obvious that Rep. Davis is not that person, and explains why Rep. Davis has to lie so often about the legislation he supports.