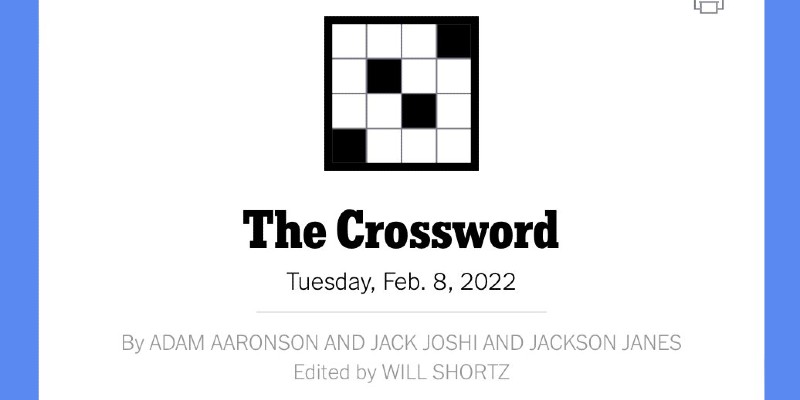 Roommates Jack Joshi (junior in journalism), Jackson Janes (junior in aerospace engineering) and Adam Aaronson (junior in computer science) met as freshman, have enjoyed a shared obsession with crossword puzzles, and began working on their own crossword grid last year with the words “Bananagrams” and “tomatometer” — creating a theme of fruit followed by a unit of measure.

From Aaronson, in the New York Times article about the trio:

It’s truly special to be sharing this byline with two real-life friends! I met Jack and Jackson in our University of Illinois at Urbana–Champaign dorm (shout out to Nugent Hall!) when we were freshmen, and two years later we’re roommates in what’s gotta be the most crosswordy apartment in the Chambana metro area.

They were also featured in The News-Gazette.