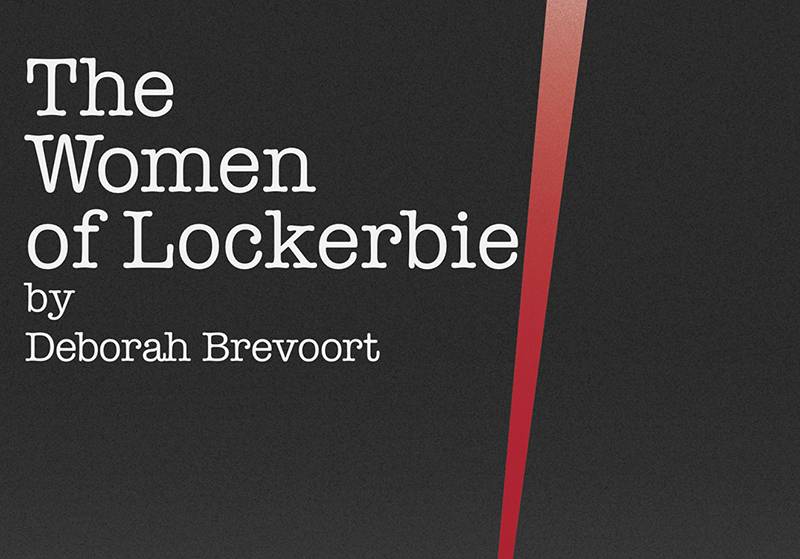 In our society, hatred can be contagious. The Women Of Lockerbie reminds us that kindness and compassion can spread even more rapidly, leaving comfort in the minds of people who face hardships. I interviewed Mathew Green, the director of The Women of Lockerbie, who told me all about the show and how it can be a significant force of good.

Smile Politely: To someone to has never seen or heard of The Women of Lockerbie, how would you describe it?

Mathew Green: This is a very ambitious combination of modern drama and classical Greek tragedy, extrapolated from a true story. 30 years ago—on December 21, 1988—Pan Am flight
103 from London to New York exploded over the village of Lockerbie, Scotland when a bomb placed on board detonated, killing 259 people on the plane and 11 people who lived in Lockerbie. This play focuses on a point in time seven years later, when the women from the village are petitioning the government to release 11,000 items of the victims’ clothing so that they—the women—can wash them and return them to the victims’ families.

SP: You stated the play is structured similarly to that of a Greek tragedy. What significance does that have within the play?

Green: It creates a really interesting framework for the play, because there are both very naturalistic moments of dialogue between characters and more highly stylized choral moments that resemble something from Antigone or Oedipus Rex.

SP: As far as I know, you submitted this show to The Station. Why did The Women of Lockerbie stand out to you so much?

Green: I did submit this play. Whenever I submit a show, it’s either because it presents a challenge I’m keen to undertake or because it’s a story I feel compelled to tell. In this case, it was a bit of both, but the story was the clincher. It’s so poetic and emotionally resonant. And even though the events of the play were caused by an act of terrorism, the focus of the play is on an act of kindness. This extraordinary effort to obtain and wash and return 11,000 pieces of clothing to families around the world is really moving and inspiring.

SP: You have directed a large number of shows in and around the community. How have your past directing experiences helped with this process?

Green: Every time I direct I gain some experience or knowledge that helps me the next time. Whether it’s improving sightlines or how to use silence on stage or just getting better at communicating my ideas to actors, everything I learn flows toward the ultimate goal,
which is better storytelling.

SP: Alternatively, how has it differed from your past shows?

Green: I usually tend toward naturalism in my shows. I like that feeling of the audience looking through a window at real life. In this show, that doesn’t work. The structure and the
writing make this play more—for lack of a better word—theatrical. The trick, then, is to marry my love of naturalism to this heightened style and create something honest.

SP: The Station is a wonderfully versatile space. How do you plan to utilize its many benefits?

Green: There’s nothing better than a black box theater. Just an empty space to load with magic. And this lends itself to the aesthetic of Greek drama, too. For The Women of Lockerbie, I want to keep things very basic—a few boxes, a couple of levels up and down, but still very evocative of time and place. I’ve asked my set designer, Niccole Powers, and my
lighting designer, Nicholas Shaw, to make a lot out of a little, suggesting a hillside in the dead of night. They were my designers for Sweat last summer, so they have experience turning my vague notions into something special.

SP: You’ve already had quite a few rehearsals so far. How has it been working with your cast throughout the rehearsal process?

Green: The cast has been so proactive and professional. We have actors making their Station debut and others who are veterans, and they’ve all worked hard and smart. They’ve
learned lines faster than I expected and incorporated the blocking in really intuitive ways. It’s an emotional story, and everyone has taken the responsibility of telling it very seriously. I’ve also had tremendous support from my assistant director, Laura Alcantara, who has a great eye for stage composition and a great ear for emotionally honest dialogue. And of course everything is easier with a stage manager like Yen Vi Green, who keeps things running smoothly.

SP: Finally, when your play has ended and your audience goes home, what thoughts do you hope keep rattling in the audience members’ brains when they go to sleep?

Green: I have a (somewhat deserved) reputation for directing shows that are “heavy,” and I understand that this one might sound that way on paper. But there’s humor in the play,
and so much compassion. I hope the audience will take comfort from the play, and that they’ll remember it when they face hard moments, or when they can be a comfort to others. I think it’s a nice reminder to start a new year.

Tickets can be ordered online.