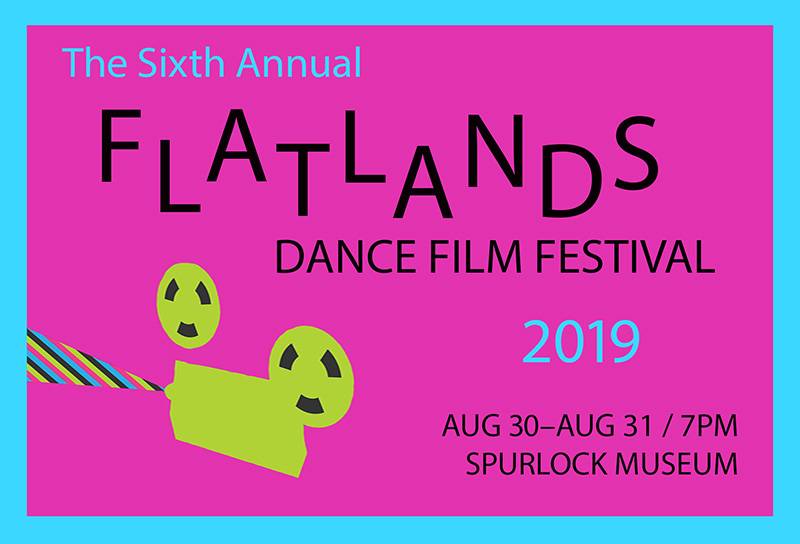 One thing this reviewer is always down for is a collaborative arts experience. The Flatlands Dance Film Festival, held this weeked at the Spurlock Museum, is all that and more. While dance and film have a long history of working together to create popular musicals and dance videos, this festival uses the medium of film to more deeply explore dance’s storytelling power, and to make dance more accessible to more people. This year’s line-up includes some fanatastic offerings and interactive experiences.

To learn more about this year’s offerings, along with the festival’s history and inspiration, I sat down to chat with founder and associate director, Mark Rhodes and festival director and lecturer in dance, Laura Chiaramonte. They are inspired and inspiring artists with powerful visions for the role of dance in our town and our lives.  Here’s what they had to say.

Smile Politely: What was the inspiration for the festival?

Mark Rhodes: The Flatlands Dance Film Festival (FDFF) started in 2014 as a collaboration between the Department of Dance and the surrounding communities. That partnership is the foundation for the continued growth of the festival.

Laura Chiaramonte: The ‘mission’ of the festival is to promote and expand the role of dance in our community, by showcasing films and shorts dedicated to dance performance.

SP: How has it changed or evolved over the years?

Rhodes: In 2014, the first year of our festival, there were fewer than 20 entries to the competition short films – all from local filmmakers. Each year since that time, the number of films has increased, and the geographic area from where films are submitted has expanded. More than three quarters of this year’s entries are from filmmakers outside the United States. The competition short films provide an opportunity for many voices to be heard in a single evening.

SP: What are some of the highlights of this year’s festival?

Chiaramonte: Without giving too much away, Friday night before the showing of La Chana, a documentary about gypsy flamenco dancers, there will be a pre-show performance of flamenco dance. A new thing that is happening this year is that on Saturday, there’s a free open to the public workshop happening at 2:00 p.m. in the DRK dance studio at the Krannert Center. Four guest choreographers and filmmakers will talk about their work, talk about how as choreographers what brought them to film, and there will be fun activities for the guest. Saturday is the short film competition, and at the end, we announce the adjudicator pick and the audience gets to pick their favorite.

SP: Laura, what you’ll be showing and discussing?

Chiaramonte: Friday night will be the featured film La Chana, the award-winning feature-length film. Directed by Lucija Stojevic, La Chana celebrates the charisma and flair of a self-taught Gypsy flamenco dancer who in the 1960s–80s rose to international stardom. This documentary is filled with footage of spectacular flamenco dance and music, bringing us under the skin and into the irrepressible spirit of this eccentric woman. Despite all odds, La Chana’s uncanny gift for rhythm makes a comeback in her late sixties.

SP: In just a few words, how would you describe screen dance? and/or the festival? The festival?

Chiaramonte: Each fall, FDFF presents a variety of films and shorts dedicated to dance performance, dance for camera, influential artists in the field, and the social impact of dance across the world. The Flatlands Dance Film Festival is also host to a film competition for aspiring dance filmmakers.

SP: It seems like screen dance asks us as viewers to watch dance differently? We’re not only looking through the choreographers’ lens but through the film director’s or videographer’s as well?

Yes! Film making is a collaborative process. The Writer, Director, Choreographer, DP, and many others are all working together to tell the story, and by this, the dance is seen through a different perspective.

SP: What have been the biggest rewards or biggest challenges of working in screen dance as a dancer/choreographer/videographer?

Chiaramonte: As a choreographer and a dancer, I communicate or tell story’s through movement, and it can bring an emotional and physical response to the viewer. I find that film can do the same thing. The way a scene in a movie is shot, through different techniques, can bring about a physical and emotional reaction. Film is storytelling, and dance can be a way of storytelling as well. This is what I find rewarding, the bridge between choreography and making a film.