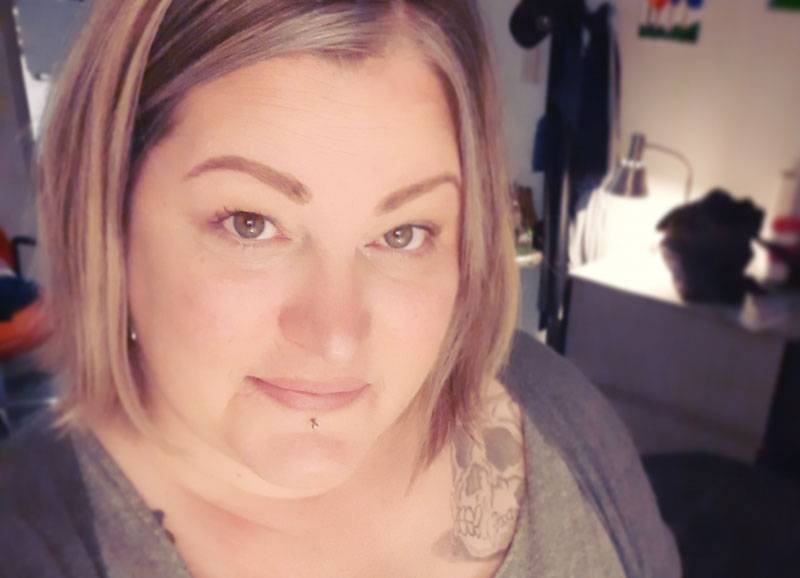 For a lot of local artists and performers, as we move into the second month of the COVID-19 stay-at-home order, theatre feels very far away. Artistic Directors and Board members wonder when or if theatre can safely resume. Actors wonder when or if seasons and auditions will be announced. And for a select group whose shows were postponed by the quarantine, the question becomes, “When do we get back to work?”

This Limbo is currently inhabited by two productions at the Station Theatre. One of those, Falsettos, is a William Finn/James Lapine musical in which the main character leaves his wife for his male lover and struggles to keep his family together. Hope persists that these shows, which had been cast and were rehearsing, will still get to take the stage this summer. In the meantime, directors check in with their casts and try to keep up morale. Actors run their lines in confinement or perhaps over Zoom. Everyone, in their own way, waits.

What cannot be done in a vacuum, however, is the construction of the set. For that, you need a theatre. This is the predicament of Niccole Powers, who was designing and waiting to build the set for Falsettos when everything got put on pause.

If you have been to the Station Theatre in the last few years and have any interest in dark, quirky shows, you’ve almost certainly seen her work. Among the shows designed by Powers are the Station’s Appropriate, Mine, The Birds, Sweat, The Women of Lockerbie, The Realistic Joneses, and The Moors. If you’ve seen these, you’ll note that Powers is adept in creating sets that have detailed, lived-in reality (like Appropriate or Sweat), atmospheric simplicity (The Women of Lockerbie, The Moors), or some combination of the two.

You might also notice that three of these sets were for shows that I directed. There’s a reason that I’ve contacted Powers repeatedly to create worlds in which to tell stories. Chief among these reasons is her ability to imagine and add details to a director’s very vague ideas, turning a sketch on a napkin (I speak from experience) into something rich and alive.

I spoke with Powers recently to learn a bit more about her theatrical background and to find out how she’s spending this…intermission.

Smile Politely: What was your first exposure to live theatre? What do you remember about it, and how did it affect you?

Niccole Powers: I don’t really remember not knowing live theatre. When I was a kid, I was exposed to a lot of live performances. Once of my first big memories, though, was seeing Phantom of the Opera on Broadway and being SO in awe. I knew that was something I wanted to be a part of from that moment on.

SP: When and where did you first participate in theatre, and in what capacity? (Did you act, were you on the crew…?)

Powers: As a kid, I was only interested in performing. I did quite a bit of youth theatre in junior high; and then, in high school, I was involved in speech team where I participated in dramatic duet acting all four years. My high school only did one play a year, but I played the lead three of those four years. We didn’t really have a separate crew that would build, so anyone who acted also had a hand in the construction side—which I enjoyed. But back then, my first love was being ON stage.

SP: Was there a particular production you saw that inspired you to take up set design? If so, I’d love some detail about why it impressed you.

Powers: I didn’t really become interested in doing set design until I was well into being an adult. After high school, life happened and I spent quite a few years just enjoying watching performances but not participating. However, I DID spend a lot of time doing home renovations, learning to build furniture, paint techniques, etc. Once I got back into theatre, it made sense to be able to lend those skills, and I realized I really enjoyed it. More so than being on stage.

Powers: For me, the process starts when I read the script and start to visualize things. I’m not a traditional designer in the sense that I have a solid design with all the pieces laid out right away. I prefer to be a little more organic. My favorite sets to design are on the detailed side, and often those details don’t happen until I see it all together at the end. So the things I need are, yes, music and coffee (always), a creative crew of people who like to collaborate, and the ability to sort of make it up as I go along.

SP: What would you say has been your most ambitious set design to date? What made it so?

Powers: I think this one would have to be Appropriate at the Station Theatre. Appropriate was a huge undertaking because we literally turned the ENTIRE theatre into the inside of a decaying, hoarder-filled, southern plantation home. There were also some tricks that happened in that show. So, including design aesthetics even in the seating areas, closing off the traditional entrance points, putting in a second story, trick bookcase and chandelier… it was a lot to do. Not to mention making a pane of sugar glass every night. However, I think it was also my favorite set to create.

SP: How has the shelter-in-place order affected your theatre life? How, if at all, have you stayed connected to (or active in) theatre while sheltering in place?

Powers: When things shut down, I was in the process of designing for Falsettos. So, things are very much up in the air as to when we will get to see that show through. We (the Falsettos cast and crew) have a group where we all communicate and everyone is really anxious to get back to it. I don’t think I will ever NOT be connected to theatre because it’s just sort of a part of who I am. It’s been fun introducing Arlo (my three-year-old) to all of the amazing plays that have become available for streaming. He shows a lot of interest in all things theatrical, and it’s fun to bring him into my world a bit.

SP: Assuming that theatre as we know it is able to continue in the near future, what’s something you’d like to do next?

Powers: Obviously I want to finish Falsettos, but I can never turn down a creepy/dark fantastical script. I can only hope that, once we are all able to go back to our normal lives, there is even more appreciation for the art and it will be bigger and better than ever.