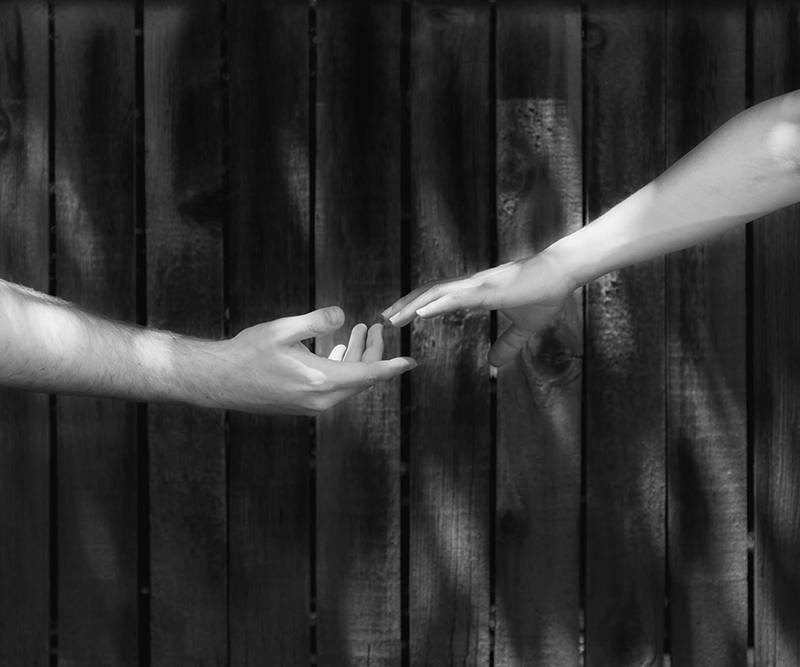 Before discussing too much of the show, I must preface the review with this: The Last Five Years has two casts. Odd days are David French as Jamie, and Jenna Kohn as Cathy. Even days are Mariana Seda as Cathy, and Bryan Goode as Jamie. Unfortunately, I was only able to attend an odd day performance, so my review will be based on that performance.

A heartbreaking story about love found, love unraveling, and love lost, The Last Five Years unfolds in a rather unconventional way.

The story is told from both character’s perspectives. Cathy’s side of the story begins as their relationship is ending (reverse chronological order), and Jamie’s just before he meets Cathy (chronological order). They continue in these opposites until converging in the middle at their wedding, and then splitting again until the show’s conclusion.

Jenna Kohn has a sweet, pretty singing voice, there is no doubt about that, and she clearly has classic training. However, that may have been more detrimental to her performance than not. In the case of a two person show like The Last Five Years, performers bear a heavy responsibility to own the stage. Unfortunately, Kohn struggled doing just that. Yes, she hit practically every note perfectly, but in doing that sacrificed emotion. Save for a few moments here and there, there was very little emotion behind what she sang.

The Last Five Years opens with the song “Still Hurting” in which Cathy laments about the pain and heartbreak she still feels from her failed marriage. It is a song that should be heart-wrenching, yet it felt as though she was going through the motions to get it done. And this seemed to be the trend for the remainder of the show; just simply singing the words. And very little emoting, except for a few moments in which her eyes grew wide but the rest of her face seemed to remain blank. The lack of emotion made it difficult to understand how Kohn interpreted Cathy, and the way she wanted to portray the character. In the end, imperfect vocals would have been forgivable if meant feeling what she sang.

David French, on the other hand, gave a believable performance and commanded the stage quite well. A good portion of Jamie’s songs require a bit more soul, and, in the case of a couple, a bluesy tone. French’s voice fit the bill. It was clear that he meant each word he sang.

Admittedly, French’s Jamie came across a little cheesy at first, but that quickly became rather endearing. Then as he became more endearing, he was able to show more and more of his interpretation of Jamie. Jamie is by no means perfect. In fact I’d say he is incredibly flawed–lack of love or searching for it elsewhere is never an excuse for unfaithfulness. French is able to unveil these flaws while showcasing a range of emotions as the story moves along. There were several moments where he carried the show.

The different performances, in the end, lead to an unbalanced show and two performers who didn’t mesh very well. One who committed to the emotions of the show, and sold them. Another committed vocally, but was lost in the ups and downs of the journey and couldn’t match their stage partner emotionally.

But I must give French and Kohn (and the sound team) credit for performing right next to the band. Doing so is a difficult task, even with stage mics, as hearing yourself would be near impossible. They were able to push through this challenge, and perform without their singing getting drowned out by the band. Speaking of which, the band was fantastic as it always with musicals produced by the Station Theatre.

With that said, do not pass on the show. At the very least see both casts if you can to take in different interpretations of the same cast. Regardless of who is on stage or the performances, it is a well-written show that many of us can relate to or find bits of ourselves in. The Last Five Years is a stark reminder of the reality of love. It’s hard, messy, and sometimes not enough. To watch love that you thought was permanent unravel is unbearably painful, but sometimes letting it unravel is the best thing to do. There is, for sure, something everyone can grab onto while watching this particular love story unravel.