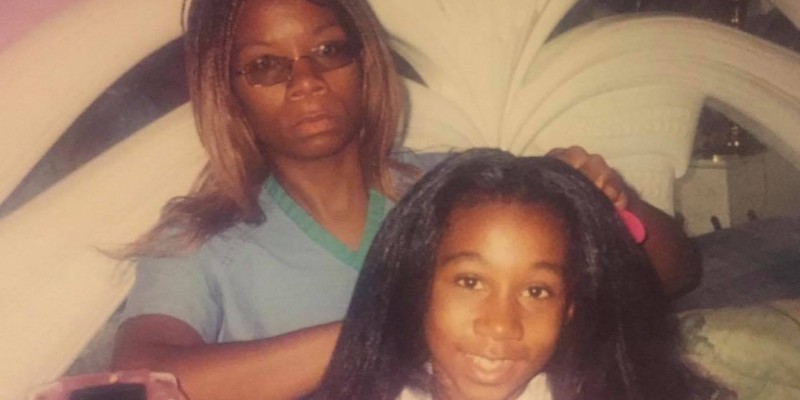 There are many traditions across time and cultures that shape how we choose names for children and for ourselves. Many people name their children soon after birth or adoption, while some wait a week or longer to formally name their child as part of a religious ceremony. Within some families and traditions, parents name their children after themselves or another family member, while in other traditions, a godparent or sponsor names the child. Some people grow up and legally change their name to match their fullest identity, and some people change their last name to match or include that of their spouse’s. While a name rarely gives any good measure of a person’s character, our names carry at least a lifetime of personal history and they provide evidence of our existence every time we sign a document.

Luciana Rezende-Bagby, owner of Urbana Fine Arts Studio on Philo Road, has experience with the complexity that a name can have on legal documents. She explains how, as a Generation X’er from Brazil, she had four names before she got married. “I kept my maiden name and then added my husband’s last name,” she includes as she outlines how she has to travel with two forms of indentification to prove her identity.

Rezende-Bagby describes how people across generations can have different names and different relationships with those names. “When I was growing up, there were always two other Luciana’s in my classes.” It was an adjustment for the dancer to live and work in a country where far fewer people share her first name. Thanks to the popularity of American movies in Brazil, many people were used to hearing foreign names. “[Growing up], there was no expectation that people would always pronounce names correctly because we knew how hard it was to pronounce names in a foreign language.”

Mariah Madison, a serial entrepreneur whose many titles include Executive Director and CEO of both Buy Black Chambana and Nannyville, along with Business Development Specialist at HeadStart Marketing, shares how she was named. “I got blessed with the name Mariah,” she says, though that wasn’t the original plan. “…my sister, who was eight at the time, was given the honors of naming [me], the sister she’d always wanted. When [my sister] told my mom ‘Cadredia,’ that honor quickly got bestowed upon my mom.” Her mom’s reason for choosing the name Mariah had more modern influences. “My mom said she like the name from Mariah Carey, the singer, and [she] decided to name me that.” But Madison’s name breaks from tradition in her family.

“I am Black. Black is the title you are given when you no longer know where you came from. I could say African American but my African heritage is few and far between slavery, Jim Crow, and cultural assimilation. The oldest person I know in my family is my grandmother Merline and grandpa Fliminail. Growing up in Little Rock, Arkansas, they had the most southern names and best believe they passed those names to their children. My mom’s name is Inger. Sometimes I call her Ingret to mockingly make fun of how everyone butchers her name. Beyond the biblical names she gave my brothers, my sister’s name is Elacsha. Imagine being a preschooler and making a Valentine’s Day card in class for your sister and the teacher not being able to help you spell her name.”

Within many families and cultures, the last name, or family name, is especially treasured. This is reality for Dr. Mark Butler Jr., a Champaign educator and activist who identifies as Black and gay. “When my children come to me with a conflict, I first ask them, ‘Who are you?’” After his children respond with their last name, Butler, he reminds them that their family name “means you’re strong, educated, and powerful. There’s power in your name.”

Names are very important to Butler, and he’s experienced how children with ethnic names can be treated unfairly when adults make assumptions about that child’s behavior, academic abilities, socioeconomic status, and neighborhood. Butler shared how he perceives his own first name to be an advantage in many facets of his life. “My own name is typically a white name. Even without thinking about it, I code switch all the time, like when I’m on the phone. Sometimes people are surprised to see I’m a Black man when they meet me in person.”

As an educator, Butler has observed how teachers and school staff sometimes see certain Black names on an attendance roll, and they might laugh or make assumptions about that student’s behavior or academic potential. Name discrimination — a part of systemic racism — is something nearly all of us do, even when we don’t mean any harm, but it can be detrimental to children and adults long after finishing school. Butler’s personal experiences are reflected in research, which shows people with white-sounding names are more likely to get called back for job interviews compared to people with ethnic-sounding names, especially Black-sounding names. This form of discrimination is so deeply ingrained in our culture. Butler explains how we have been socialized to laugh at names like BoQuisha and DaeQuon — many of us laugh before we stop to consider how harmful this can be to kids and adults who are passed over for opportunities simply because of their name. “Certain kids’ names bring about the assumptions,” says Butler, but he adds that we can all work to stop this discrimination by, “having conversations about names and how we react to them.”

Beyond acknowledging our community’s diverse names reflect the rich, beautiful families and cultures we come from, it’s critical to call each person by the version of their name they prefer. While dance studio owner Rezende-Bagby says that she’s used to people mispronouncing her name and it doesn’t bother her, she categorically doesn’t like some shorter versions people have called her in the States. In Brazil, “Lu is the common nickname. But here, some people have called me Luci — I don’t identify as Luci!”

For Rezende-Bagby, a more immediate concern is how a person’s name shapes their role within the international ballet community. “It can be a logistics issue,” she details. It’s common for dancers to pick an artistic name, especially in classical ballet. In these spaces, she always uses her artistic name, Luciana Rezende, and not her full, civic name. That way, when students list the ballet teachers they’ve studied under, the name is consistent. She teaches her ballet students to be mindful when choosing their artistic names, as well as referring to the artistic names of their past and current ballet teachers.

Champaign-Urbana’s residents make up the very diverse, unique community we all share. We can all do more to make sure that everyone feels safe and welcome here, and that begins with honoring everyone’s name. “Names are very powerful. Names have power. It’s your history,” Butler says in reflecting upon his experiences so far with his family and his students. “We need more conversations and professional development,” but most importantly, “People need to be able to speak safely. There’s nothing wrong with naming your kid an ethnic name.” It’s important for decision-makers to be aware of the deleterious effects of name discrimination because it puts people with ethnic-sounding names in a position where they hide their fullest selves in order to secure education and employment, or they’re simply shut out from opportunities altogether. In the words of Madison, “It’s much harder to racially profile someone when the cultural background is not rooted in their name.”