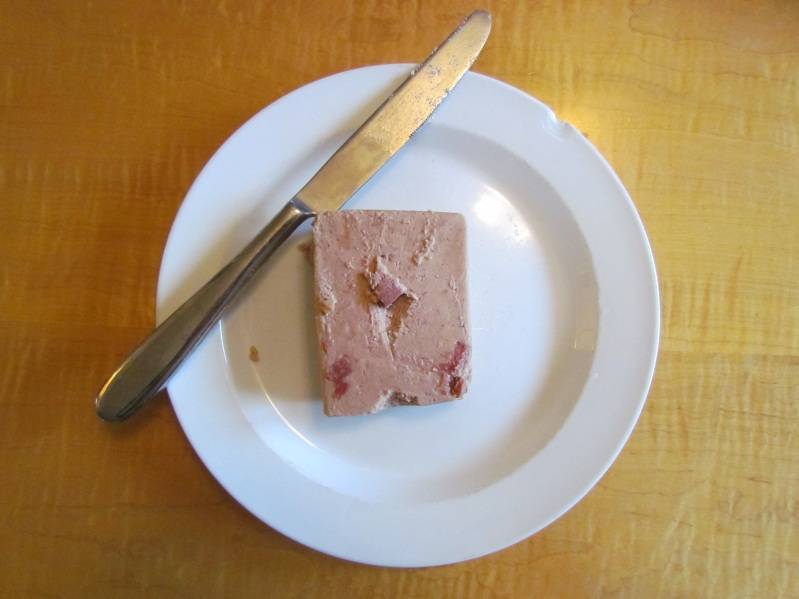 The last time Laurence Mate bought meat in a supermarket, George W. Bush had just been elected president, airports let you walk into the terminals without going through security, and using the Internet meant you couldn’t use the phone.

It was twelve years ago when a snag hit Mate’s food routine, and it came in the form of Mississippi barbecue. It was unbelievably flavorful, and he realized it was because of the quality of the meat — a quality that he couldn’t find at the grocery store. He started buying fresh meat from local farms and preparing it himself. Mate now spends up to a couple dozen hours a week on his own charcuterie, or cooked meats. To him, it’s worth it: “Food is one of those things where, once you’ve had a chance to experience something superior, there’s no going back.”

Mate’s French-style pâté, above, is a product of a pig that he picked out himself and cooked in his basement. The last time he bought meat from a supermarket, he estimates, was more than a decade ago.

Mate works with anything he can find locally, including beef, lamb, geese, and buffalo. But his particular passion is the pig: the king of charcuterie, because almost every part of it can be cooked. He buys his pigs whole from Triple S Farms, a certified organic pasture about seventy miles southwest of Champaign.

Mate sometimes looks for pig-themed novelties on EBay. His basement kitchen, where he prepares most of his meat, is lined with them, and they are scattered around his house.

Obsessed? Maybe a bit. For the amount of time that Mate puts into charcuterie, he kind of has to be. But it’s an obsession that grew out of love for the process and final product.

His repertoire includes some crowd favorites, like pulled pork, Canadian bacon and spicy Italian sausage. But there are some that scare away unadventurous friends: head “cheese,” a chunky, gelatinous blend of head meat and spices; blood sausage, a French specialty mixed with cream and eggs; and jowl bacon, made from the cheek and more tender than traditional belly bacon — though less popular.

“I don’t know why, but if you call it ‘jowl bacon’ people tend to shy away from it,” he said.

It’s easy to mistake Mate for a massive carnivore. He actually advocates for eating less meat — just of better quality. He believes a big part of the quality comes from the way animals were treated and slaughtered. So he advises taking money spent on large quantities of mass-produced meat and buying smaller amounts from local farms, farmers markets and organic grocery stores instead:

There’s a world of difference between a supermarket egg … and a real egg from a chicken leading such a full and happy life. You can see it — the white thick and plump instead of thin and runny and the yolk a vibrant orange-red, rich with beta carotene, instead of pale yellow — and you can taste it.

And you don’t need to be a foodie to appreciate it, he insisted. Local meat has been making more and more of an appearance in foodie culture, but haute cuisine is not his goal. “I’m just trying to share the pleasure of something prepared with a little bit of care, from ingredients that were raised with a little care. If someone doesn’t get it, that’s fine. Happens all the time,” he said. “But once in a while someone will taste something that I’ve made and announce, ‘You have changed my life.’ And that makes it all worthwhile.”

This creamy liver pâté may look complicated, but it’s really just “the same idea as making a hot dog,” Mate said. Ah, a hot dog from scratch — so simple! Mate made seven pounds of the pâté mid-December, which he planned to gift for the holidays.

5. Pour the smooth mixture into terrines lined with plastic wrap. Place the terrines in a hot water bath for about two hours, until the centers are 165 degrees.

Editor: Want to hear Laurence Mate’s thoughts on preparing and enjoying every part of King Charcuterie? Check out Emily’s webpage that hosts an interactive pig that tells the tale.

All photos by Emily Siner.