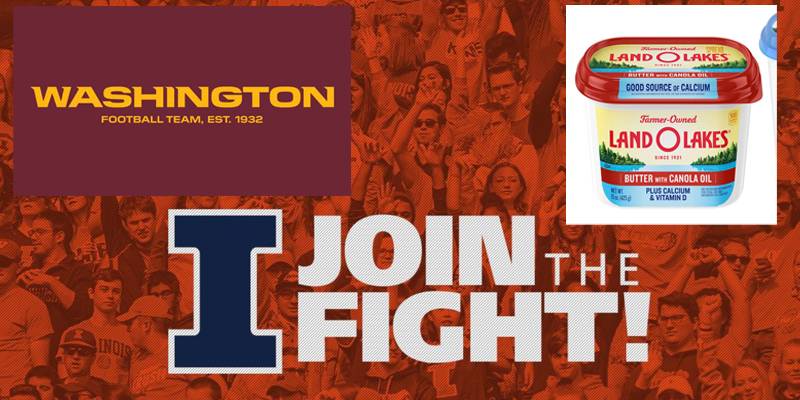 It is exhausting to write yet another article about how the University of Illinois is perpetuating and upholding a racist mascot that was officially retired 13 years ago. We’re not presenting that article; we’ve written it before. Instead, we want to point out that it seems like right now is yet again the right time for the U of I to close the chapter on this part of its history. The cries and protests for social and racial justice this summer have created what is probably the most hospitable environment for the U of I to finally, officially end the hand wringing about and dismissal of the calls to cut ties and find a new mascot.

If you’re new here, you can read about the history of the racist mascot in these places:

While technically you will no longer witness a University-sanctioned person in red face performing a made up dance to a made up song, at U of I sporting events, the ghosts of this minstrelsy are very much present. The songs associated with the show, most notably the 3-and-1, are still played, even though they were technically banned in 2017; the crowd still chants and makes offensive hand gestures as if the racist mascot was still there. People show up wearing the racist mascot on their clothing. Groups promoting the racist mascot organize Racist Mascot Nights; retailers continue to sell products with the racist logo, despite copyright violations. While there’s not much the U of I can do about people gesturing or wearing offensive clothing, there is plenty it can do to change the environment of intolerance, apathy, and aggression.

While the retirement of the Washington name culminates decades of activism from Indigenous peoples across the country, it is also hard knowing that this change — primarily motivated by the loss of financial sponsorships like FedEx — has taken so long to secure. It also reflects the most-highlighted role that Indigenous peoples have played in America’s favorite sport — as mascots rather than actual people.  [Emphasis ours.]

The U of I’s failure to shut these things down is an embarrassment, to say the least, and is the underlying cause of the racist and hostile environment in, on, and around campus for BIPOC. It is the foundation on which the American Indian Studies Department has been gutted, the reason there are literally only a handful of Indigenous students and faculty.

The reason the U of I hasn’t fully cut ties is because of these donors, specifically the wealthy white alumni who feel like their heritage is being destroyed by the removal of the racist mascot, and that they are “honoring” Indigenious peoples by keeping it. Let us be clear: Neither is true.

It is clear to us that trying to shame President Killeen, Chancellor Jones, the Board of Trustees, and other members of the administration into making meaningful changes toward a more inclusive university community will not work. The shame campaign cannot compete with money. Outrage from donors and racist mascot supporters expressed in the form of white supremacy has been covert and overt, and the U of I is unwilling to further upset its cash flow.

To that end, we believe that now is the time to adjust the moral argument to a more pragmatic one, one that has proven to work to change the Washington Football Team’s racist mascot: Make demands of the collaborators, partners, donors, and corporate sponsors. A pressure campaign on individuals may not work because they are deeply entrenched in and committed to an agenda of white supremacy, but it doesn’t hurt to try it on corporations, businesses, and organizations. Speak the language they understand — money — as loudly as possible — through social media.

Here are a few:

Just this month, the Washington Football Team finally agreed to change its name, after massive corporate sponsor FedEx put pressure on them to do so. Per ESPN:

On July 2, FedEx issued a statement saying it had told the team it wanted the name changed. The other sponsors later released statements saying the same. Amazon said it would stop selling the team’s merchandise. Walmart and Target said they would stop selling the gear in stores. And, according to The Washington Post, FedEx said it would remove its signage from the stadium if the name was not changed by the 2021 season.

According to reporting from ESPN, the Washington team will not change colors, so any new name and/or mascot will simply slide into the space left vacant by the racist mascot.

What can be learned here is that the U of I and its rabid racist mascot loyalists can endure the change. Quite literally, no one died because the Washington Football Team changed its name No one here in Illinois will die because the racist mascot is no more, but real people are incurring actual harm. BIPOC are physically, emotionally, psychically, and spiritually harmed by the racist mascot, and have said so, numerous times.

Here’s what the U of I needs to, at minimum:

The U of I does not need more “calls to action initiatives” to understand the harm the racist mascot has done, or to “support research in systemic racism, social justice issues”; it can literally just do the action. Support the research. Hire people from a variety of backgrounds and experiences. The reason they have used an image made up almost entirely of white students (see image above) as a background to such a call for action speaks to the lack of action. The irony is not lost on those of us who are paying attention, to those who are immediately and actually affected by the lack of diversity.

In continuously choosing the interests of their “stakeholders,” the U of I discredits the faculty, staff, students, Indigenous organizations, and BIPOC who have dedicated and shared their experiences, time, their energy, their careers, their words, hopes, and (smaller amounts of) money into the U of I system. To dismiss these people outright because they don’t have the ego or finances to put their name on the side of a building is shameful. It undermines the sacrifices they’ve made for and to the U of I, and disrespects their handwork and dedication. The donors are not better than the rest of us calling for change. Their values are wrong. It is an ethical and moral decision, and there is a right answer.

Learn more about other ways to get involved in the fight against racist mascots by supporting the National Coalition Against Racism in Sports and Media.