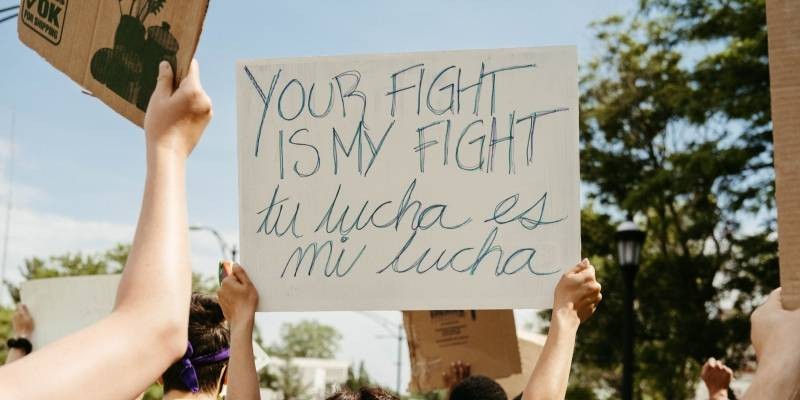 In January, on Martin Luther King Jr.’s birthday, United Way of Illinois launched the Equity Challenge. According to their website, the challenge encourages Illinois residents to “engage in racial equity conversations to gain a deeper understanding about the impact systemic racism and inequity have on our state and local communities.” For 21 weeks, participants will receive a weekly email with a challenge activity addressing a new topic related to equity. The challenge was initiated and is being curated by a group of women from United Way of Champaign County.

After the events of this summer, when the murders of George Floyd and Breonna Taylor brought issues of racial justice back into national and local spotlights, Women United, a network of women within United Way of Champaign County, began looking for ways to further a conversation of equity issues in our community and beyond. Becca Guyette, United Way of Champaign County Chief Development Officer and member of Women United, tasked the steering committee with finding ways to do that.

Fellow committee member Gianina Baker found a chapter in Wisconsin that had implemented a 21 day equity challenge, something that was also done by United Way on a worldwide scale. Guyette and United Way President and CEO Sue Grey completed the challenge in August, and agreed it wasn’t enough time to fully dive into these issues. Says Guyette,“This stuff is too big, too heavy, too important.”

So, 21 days became 21 weeks: Martin Luther King Jr.’s birthday to Juneteenth. They had a framework in place, thanks to the work of United Way of Washtenaw County in Michigan*, but they needed a lot more content creation. They hired an intern who took data from the United Way’s recently released ALICE report (which identifies Illinois families who are struggling to stay afloat, and indicates racial disparities among those impacted) and the Washington County framework, and began pulling together content. That content would then be presented to the Content Creation Review Committee for consideration, which Guyette notes is composed of all women, half of which are women of color.

They’ve partnered with United Way of Metro Chicago, who handles the marketing and distribution of resources assembled by the team in Champaign County. There are now more than 10,000 participants registered throughout the state, 1500 of which are in Champaign County; and that number includes not just individual participation, but also buy-in from local businesses and institutions. “We have the school districts, the university, our big employers…Carle has a ton of people participating.”

“Each week has a different challenge. This week’s challenge is really all about privilege. We hear about it in terms of race or gender, but it is also based on religion, sexuality, ability, cost education. The activities vary. This week you can do an assessment about your own life and privilege to see where you are on the spectrum. Another activity this week is a video featuring a privilege walk. Another one is an article from The Daily Illini, talking about U of I students and their experiences with injustice and on-campus discrimination. Then the final video this week is about white fragility. It’s a little bit longer, but it’s kind of deconstructing white fragility and talking about what it is. Our hope is that people really do take the time on these activities. Some people are going to spend 15 minutes. But I’ve got a donor who’s retired, she’s probably late sixties, early seventies and she said ‘This is a significant part of my week.’ So everybody’s gonna be at a different spot.”

For those who want to go further, each challenge also includes additional resources.

United Way has also hired four trained cultural competency facilitators, all local professionals who do this work in their respective spheres of influence, to moderate conversations with challenge participants. There are two per week during six different weeks of the challenge, and any challenge participant can register for them. To allow for meaningful discussions, participation in each session is capped at 30. Guyette says these conversations are “essentially helping people process what they’re learning…this is hard information to read and to see, and that is it’s intent. It isn’t supposed to be pretty with a bow on it.”

It’s important to note that it’s not too late to participate, even though four weeks have passed. Each challenge will remain on the website at least through the summer. And in many ways, the relevance of these activities is always there. Says Guyette, “There was a video in week one, and it was a long video so I don’t anticipate a lot of people watched it through, that was 10 years old. And when that video came to the content creation team, one of the concerns was the age of it. But we decided nothing has changed. Nothing that he talked about, nothing that he addressed has changed. And so we thought ‘we’re going to include this to highlight and illustrate that point.”

United Way has goals for this challenge for both individuals and the community as a whole.

“We want to get people to a place where we’re increasing conversations, where we’re helping individuals, in particular white individuals, understand what their role is in this work, and most importantly, that they have a role in this work.” The goal isn’t to induce shame or guilt, but, according to Guyette, to “meet people where they are in their journey, and hopefully move them along in that journey.”

“As far as our community, United Way is looking at a change in the model of how we’re doing things. We’ve had a very similar model for a very long time: The funding of programs in the community that fall under our three building blocks of health, education and financial stability. We don’t have any intent to stop doing that work. But as part of that work and in addition to that work, we want to look at what role race plays in that and what role systemic racism plays in particular.”

If you are interested in joining the challenge, you can sign up at the United Way of Champaign County website. This work is possible because of a grant from Healing Illinois, a state of Illinois initiative aimed at facilitating racial equity. You can find out more here.

*Editor’s note: Originally the article stated United Way of Washington County in Wisconsin, which was incorrect.